Scientists Reach the The Isle of Dr. Moreau

Scientists create animals that are part-human

In the H.G Wells classic novel The Isle of Dr. Moreau, a cast away finds himself stranded on an island with Dr. Moreau and his half animal and half human creations.  Needless to say, things were not all sweetness and light on the island.  Now, modern scientists are starting to bring Wells vision to life:


RENO, Nev. — On a farm about six miles outside this gambling town, Jason Chamberlain looks over a flock of about 50 smelly sheep, many of them possessing partially human livers, hearts, brains and other organs.

The University of Nevada-Reno researcher talks matter-of-factly about his plans to euthanize one of the pregnant sheep in a nearby lab. He can’t wait to examine the effects of the human cells he had injected into the fetus’ brain about two months ago.

“It’s mice on a large scale,” Chamberlain says with a shrug.

I think I had him for an intern too...

Particularly worrisome to some scientists are the nightmare scenarios that could arise from the mixing of brain cells: What if a human mind somehow got trapped inside a sheep’s head?

The “idea that human neuronal cells might participate in 'higher order' brain functions in a nonhuman animal, however unlikely that may be, raises concerns that need to be considered,” the academies report warned.

Starting to sound a little creepy now.  But I'm not especially worried we're going to create a human mind trapped in a sheep's body.  The brain is a pretty complicated system, and a few human brain cells scattered around an animal brain is not likely to generate a human level of intellect; not even Paris Hilton's.  OK, well maybe...

Anyway, we know what they should work on first... 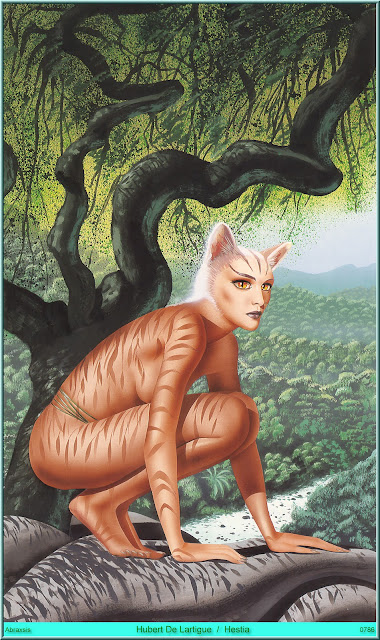