They Put the Wrong Moron in the Closet

It's an understandable error..


But try telling Vice President Joe Biden’s staff that, after they held a local reporter in a closet for hours after he was invited to cover a Florida political fundraiser because they did not want him talking with the guests.

Pretty amazing that they could get away with it.  If it was done under the color of the Vice President's authority, I wonder how close it comes to kidnapping or illegal detention legally.  If it was a polite request, and he could really leave when he wanted to


He was told he could only come out when the politicians were ready to give their speeches.

Powers told The Drudge Report: ‘When I'd stick my head out, they'd say, “Not yet. We'll let you know when you can come out.”’

The party was being held for Democrat senator Bill Nelson. Powers emailed from inside the closet: 'sounds like a nice party'

After 90 minutes he was allowed out to hear Biden and Nelson speak for 35 minutes, before being taken back to the closet for the remainder of the event. 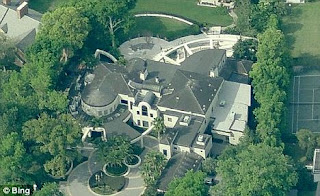 They could have saved themselves a whole lot of work and trouble by banning the press altogether and just providing them with the speeches they wanted them to print.  I'm sure the media would  have gone along with that just fine.  That's their normal role.

Oh, and nice carbon footprint on that house...
Posted by Fritz at 4:47 PM