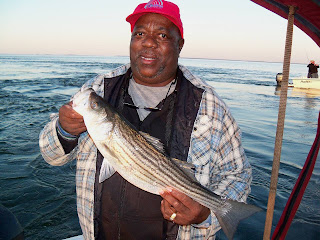 There being no wind, and plenty of light in the sky when I got home, I called Trevor to see if he wanted to fish. (He turned me down last night, but he had a good excuse, a wake). We left the dock around 6:15, and made it to the fishing hole by 6:30. We were one of four boats there when we arrived, and one left shortly thereafter. We started catching right off. Trevor got this "medium" pretty early on: 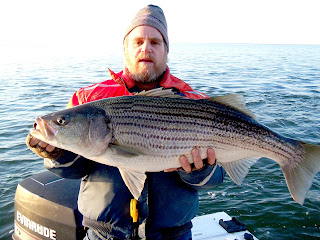 I answered soon after with this nice 35 inch fish.  By this time, I already count the trip a success...


But Trevor wasn't done.  On the next drift he got what appeared to be a log with a head-shake.. 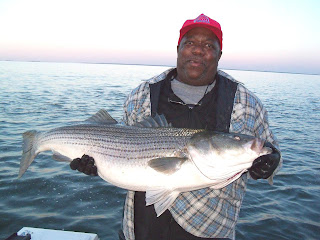 The fish was 40+ inches (it was at least 4 inches over my 37 inch scale, and still had a good bend in the body).  For the rest of the night he called it "Goliath." 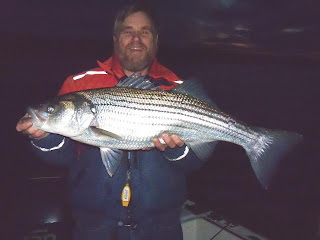 I caught this 32 inch fish after it was pretty dark, 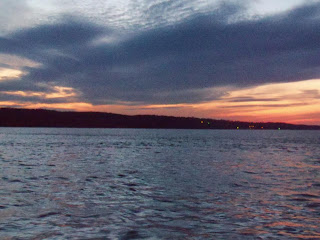 Shortly after that we took off for home.  The sun well behind the Western Shore.
Posted by Fritz at 8:59 PM

Email ThisBlogThis!Share to TwitterShare to FacebookShare to Pinterest
Labels: Chesapeake Bay, fishing, Me