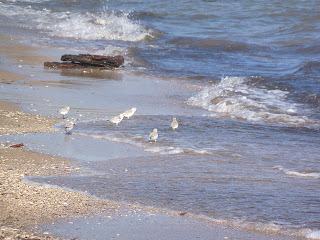 It was only 37 F when we left for the beach this morning, and it never go much higher than that.  Wind was not too bad, north around 10 mph.


Some tiny sand pipers were working the waters edge. 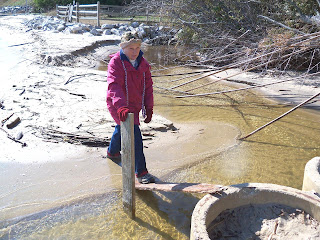 The tide was high, and the one of the small creeks we have to cross was pretty full, so we had to improvise a bridge using beach debris. 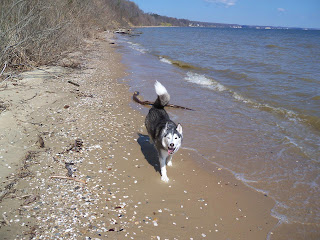 Skye thinks we're nuts not to just wade through it. 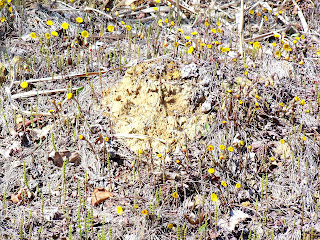 Spring is beginning to take hold in earnest.  A little daisy-like flower was growing all over the cliffs.  Here it is mixed in with some horsetails (Equisetum).

Other things are starting to green up too.  The Tulip Poplars, one of our most common trees, are just showing green tips.  I tried to take a picture, but it really doesn't show very well. 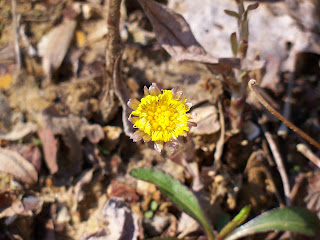 A macro shot of the little flower.

We saw our first Ospreys down at the beach, today, but, again, I couldn't get a good pictures.  They arrived about 2 weeks ago now (we've seen them from the car in the mornings). 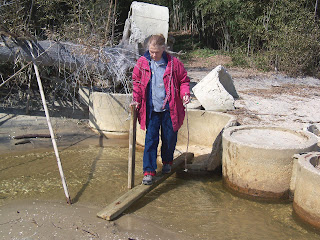 A good deal for the Bald Eagles, who won't have to rely on their own hunting and scavenging so much, now that they have young to feed.  Eagles would rather steal from Ospreys than hunt.


On the way back we found some more substantial timber for bridge building, and had a much easier time with the creek
Posted by Fritz at 1:22 PM