Dutchess County (NY) has consistently ranked among the top counties in the nation for per-capita rates of Lyme disease, caused by the bite of the black-legged tick. Levi, a National Science Foundation postdoctoral fellow from the University of California at Santa Cruz, believes that where the population of foxes declines, Lyme disease increases. And contrary to popular wisdom, he thinks deer have little to do with the growing menace of what are also — perhaps unfortunately — called deer ticks. 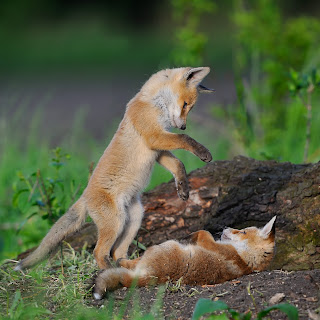 Ugh, deer ticks,  hate 'em.  They're little tiny things that you often don't find until they've been attached a while and swell up to bigger than a grain of sand. And they have to stay attached a while to pass on Lymes.

According to Levi’s theory, foxes are indiscriminate and voracious killers of mice and small rodents. Mice are especially good carriers of Lyme disease because their immune systems don’t seem to fight off the pathogen and they don’t remove ticks from their bodies well. By comparison, opossums can remove as much as 96 percent of the ticks on their bodies, Levi said.

Levi used statistical data to show that as fox populations went down, Lyme went up. The statistical connection between Lyme and other species wasn’t as consistent. The study was published in the Proceedings of the National Academy of Sciences in June. 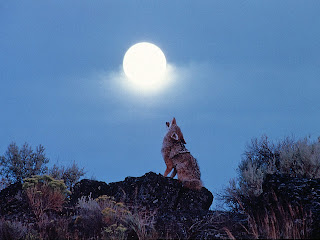 and this interesting, if not conclusive tidbit:


Levi believes that the return in the Northeast of coyotes in the last half-century, which prey on foxes, is leading to fewer foxes in some areas, and a resulting increase in Lyme.

Maryland is also a hot spot for Lyme Disease.  Georgia has had it, at least as evidence by a bullseye rash after a tick bite, which went away after being treated by the standard antibiotic treatment.

Foxes are fairly common here, but being reclusive, they are not often seen. It is also reported that there is an increasing population of coyotes, although I can't report that personally yet.

I was kind of looking forward to the coyotes, but if it means more Lymes Disease, trap 'em all out and make fur coats as far as I care.

Thanks to Brother Ted for the tip.