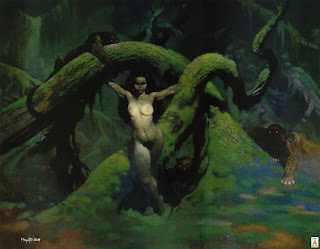 
A food-borne parasite that infects domestic cats can get inside the human brain by commandeering special cells of the immune system which it uses as a Trojan horse to enter the central nervous system, a study has found.

Scientists believe they have finally discovered the mechanism that allows Toxoplasma gondii – a single-celled parasite – to pass from the human gut to the brain where it may cause behavioural changes. 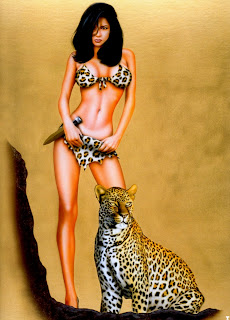 Making cat ladies crazy?  Maybe they weren't crazy before they got all the cats.

Researchers have shown that the parasite can infect the dendritic white blood cells of the immune system causing them to secrete a chemical neurotransmitter that allows the infected cells, and the parasite, to cross the natural barrier protecting the brain.

Toxoplasma gondii can live in many different species but it can only complete its life cycle in cats, which secrete the parasite in their faeces. Studies have shown that toxoplasma affects the behaviour of rats and mice, making them more likely to be eaten by cats, thereby completing parasite’s complex life-cycle. 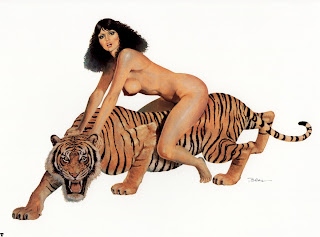 Latest figures released in September by the Food Standards Agency show about 1,000 people a day in Britain – 350,000 a year – are being infected with toxoplasma, probably from either direct contact with cats or by eating poorly-cooked meat or vegetables.

Up to 40 per cent of the British population are believed to be infected with toxoplasma and although the vast majority show no apparent symptoms, there is a risk to unborn children if their mothers become infected for the first time during pregnancy.

However, recent studies have also suggested that toxoplasma may be a trigger for psychological disturbances in humans, including schizophrenia, although the research has fallen well short of showing a cause-and-effect.

We had a  Toxoplasmosis scare many years ago, while Georgia was pregnant with our first, Corwin. Our cat, Felicity, managed to eat a sewing needle and thread.  The only treatment was to feed her bread and check the cat $#!* for the needle daily for a week.  Georgia was not supposed to check the feces due to her pregnancy, but I had a meeting to go to for a couple of days, so we had a little stress over that.  Anyway, the needle and thread never appeared, but it disappeared from the X-ray.


Wombat-Socho continues to satisfy his community service obligation by sending his giant "Rule 5 Sunday: Live from Luray" from his vacation in the depths of Luray Caverns. That's dedication!
Posted by Fritz at 6:00 AM