VIENNA, Va., Dec. 28, 2012 /PRNewswire/ -- Feld Entertainment, Inc., the producer of Ringling Bros. and Barnum & Bailey® Circus, announced today that the company has reached a legal settlement with the American Society for the Prevention of Cruelty to Animals (ASPCA) in connection with two federal court cases. Under the settlement, ASPCA has paid Feld Entertainment $9.3 million to settle all claims related to its part in more than a decade of manufactured litigation that attempted to outlaw elephants in the company's Ringling Bros. ® Circus... 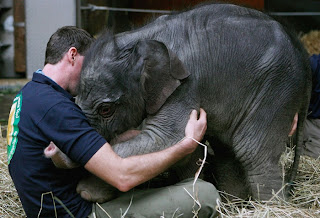 "These defendants attempted to destroy our family-owned business with a hired plaintiff who made statements that the court did not believe. Animal activists have been attacking our family, our company, and our employees for decades because they oppose animals in circuses. This settlement is a vindication not just for the company but also for the dedicated men and women who spend their lives working and caring for all the animals with Ringling Bros. in the face of such targeted, malicious rhetoric," said Kenneth Feld , Chairman and Chief Executive Officer of Feld Entertainment.

That decision found that the plaintiffs' litigation was based on the untruthful testimony of a paid plaintiff and witness who the Court found received at least $190,000 in payments as his sole source of income over an eight year period by animal special interest groups, including ASPCA, their lawyers and an entity founded and controlled by those lawyers, the Wildlife Advocacy Project.

While I think the ASPCA generally does good work with regards to the problem of unwanted and feral cats and dogs in the United States, it, like many other non-profit organizations, has been heavily infiltrated and in effect taken over by left wing activists with an agenda far beyond caring for unwanted pets.  Perhaps this will serve to rein in their ambition to take all animals out of the hands of private owners and under government control.