Asma Assad - "I Wear the Pants in this Country" 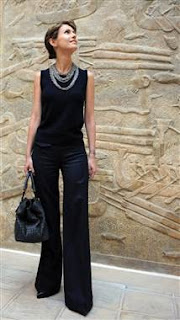 That's not quite how she put it, but what she really said might be worse:
Syria: 'I am the real dictator', declares Asma al-Assad

This in an email to a friend, recently revealed to the world by unfriendly leakers.

On Jan 17, she circulated an email cracking a joke at the expense of the people of Homs, shortly before a regime onslaught that would claim hundreds of lives.

Mrs Assad received from her husband an email with the subject line “Student who obtained 0% on an exam”.

It contained one of those lists of jokes that circulate widely on the internet, in the form of questions with silly answers. The first was: “In which battle did Napoleon die? – His last battle”. The next day she forwarded the email to her father and two other family members with the changed subject line: “A really bright Homsi student!” 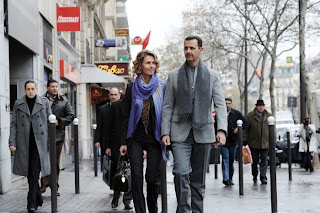 She also revealed to a friend that she had taken an on line personality test and had been diagnosed as "a monster."

Some bad news for Asma, the EU has issued a travel ban for her, forbidding her from visiting Paris and other European hot spots where she and her husband like to shop:


Her days of shopping in the EU for the president's palace are over, as ministers have decided the wife of Syrian President Bashar al-Assad is no longer welcome. The ban on travel and shopping in the EU, will come as a blow to Asma al-Assad, whose love of pricey purchases has been well documented in the past few weeks in leaked emails. 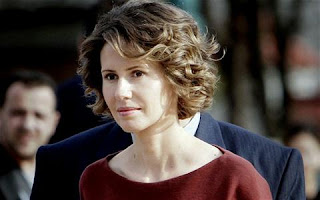 Asma, could you please order from the little Amazon gizmo over on the right hand side of this blog?


They detailed Asma placing an order for £10,000 worth of candlesticks, concern over getting hold of a new chocolate fondue set from Amazon, and swapping details with friends of crystal-encrusted designer shoes costing nearly £4,000.

The announcement comes as diplomats try to crank up pressure on his government to end a bloody crackdown on popular unrest. Her name is now among 12 people added to the sanctions list, which already includes her husband. 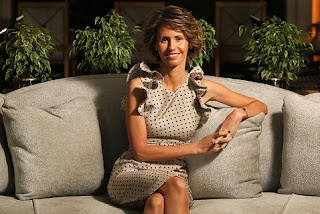 The good news for Asma is that when Syria finishes revolting, she can go back to the U.K:


Asma, who holds dual citizenship, British and Syrian, was educated at a Church of England school in Ealing before attending a private girls’ day school - Queen’s College, Harley Street. From Queen’s, where she achieved four A-levels, Asma went to King’s College London to read Computer Science and take a diploma in French Literature.

She graduated with a First and, after six months of travelling, joined Deutsche Bank as an analyst in hedge-fund management. She then moved to the investment bank JP Morgan and worked in Paris and New York, as well as London. On family holidays back in Syria, she met Bashar.

Maybe she can give economic advice to the Obama administration.  How much worse can she be than John Corzine?

The completion of the revolution in Syria can't come soon enough for me.  I'm tired of Asma, tired of people looking for pictures of Asma (but here's a few more...) and tired of Bashar.  Sure, the revolution in Syria will probably be a total failure, result in a blood bath of the reasonable people in Syria (all six of them), and result in the country becoming an Iranian vassal-state, but really, how much worse would that be?