In Addition to that Lack of Soul Issue... 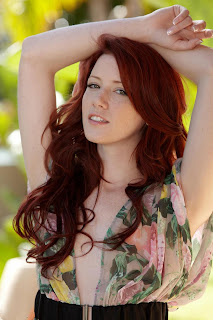 Doctors have long urged people with red hair, fair skin and freckles to avoid the sun and its damaging ultraviolet rays. To venture outdoors without a wide-brimmed hat and sunscreen was simply courting skin cancer, they cautioned.

Now, however, a study in mice suggests that those among us with ginger hair and fair complexions face an elevated risk of the disease even when covered up.

The study, published online Wednesday in the journal Nature, suggests that the same reddish-yellow pigment that gives rise to rusty locks and an inability to tan is itself a potential trigger in the development of melanoma, the deadliest form of skin cancer... 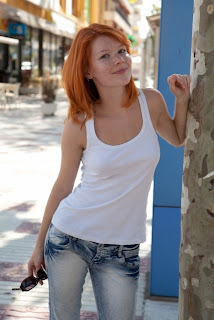 Hey you, get out of the sun! Or at least let me apply sun screen to you.

The findings appear to solve the riddle of why darker-skinned individuals have a significantly lower risk of melanoma than lighter-skinned people, even when the sun protection factor, or SPF, of dark skin is just two to four levels higher than that of light skin. It could also explain why red-haired individuals are more susceptible to melanoma than anyone else, even blonds.

"Even if you're good about avoiding UV rays — you know, putting on sunscreen, wearing protective clothes and being careful at the beach — it's still possible this red pigment is related to carcinogenic activity anyway," said Dr. David E. Fisher, director of the melanoma program at Massachusetts General Hospital in Charlestown and senior author of the study. 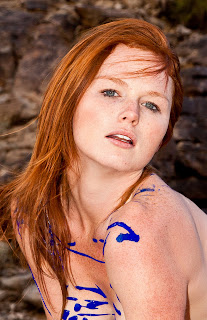 I volunteer to do skin examinations...

Initially, Fisher and colleagues set out to examine how moles can develop into melanoma when exposed to ultraviolet light, a form of radiation that can damage DNA. The test subjects were mice bred to be susceptible to cancer. Because mouse hair is also determined by eumelanin and pheomelanin, researchers used black, albino and golden-yellow — or "red-headed" — mice to mimic a range of human pigmentation.

Yet even before researchers got a chance to expose the mice to UV rays, 50% of the redheads developed melanoma within a year. Their black and albino counterparts, however, developed melanoma at low rates and over a longer period. 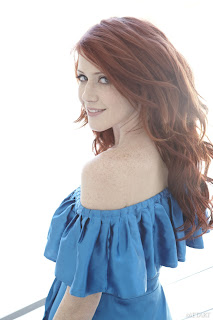 Bear in mind that this is a mouse study, and that while the general mechanism may apply between mice and men, the extent to which ginger humans are predisposed to develop cancer in the absence of UV may be considerably lower.

"We were very surprised," Fisher said. "In fact, one of the first things we did was go back into the animal room with a UV meter just to be sure that for some inexplicable reason the lights were not actually emitting ultraviolet radiation."

Study authors surmised that since UV radiation could not have caused the cancer, the pheomelanin pigment itself was causing a damaging chemical reaction inside the animals' skin cells. This damage, called oxidative stress, occurs when cells produce an altered type of oxygen molecule as waste. Normally, cells can protect against these waste molecules, but an overabundance can damage the cell and its DNA, possibly laying the foundation for cancer.

Not really good news around here, since Georgia has red hair and her father died of melanoma, suggesting a familial predilection, even though he was not red haired or even fair skinned.  Georgia has always speculated that the years he spent in WWII baking in the New Guinea and New Caledonian sun.

Linked by The DaleyGator with their DaleyBabe of the Day Camilla Bell. Likewise, Wombat-Socho included this in his "Rule 5 Sunday: Medicine Show!"  Linked at The Classical Liberal "Gucci Galore", too.
Posted by Fritz at 6:00 AM