Crisp at the Beach 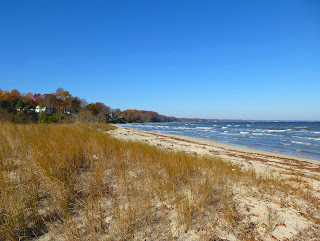 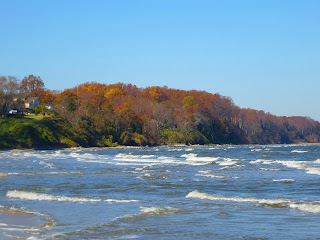 About as good a fall color as we're going to get.

I had a couple of eagle flyover sightings, but no decent photos. 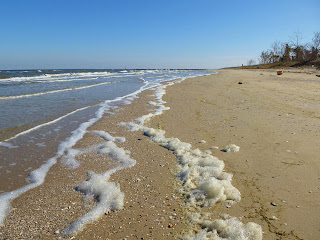 Foam in the surf. Also known as spume...


Sea foam, ocean foam, beach foam, or spume is a type of foam created by the agitation of seawater, particularly when it contains higher concentrations of dissolved organic matter (including proteins, lignins, and lipids) derived from sources such as the offshore breakdown of algal blooms. 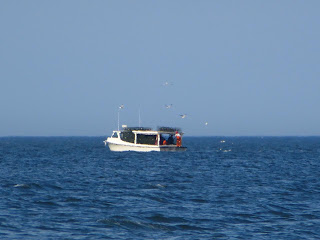 These compounds can act as surfactants or foaming agents. As the seawater is churned by breaking waves in the surf zone adjacent to the shore, the presence of these surfactants under these turbulent conditions traps air, forming persistent bubbles which stick to each other through surface tension. Due to its low density and persistence, foam can be blown by strong on-shore winds from the beachface inland.

Scientists can take the fun out of almost anything.

Some pictures from earlier this week.  End of the season crabbing.  A good time to buy crabs; prices drop after summer, and some of the biggest and fullest crabs are caught in fall.  Distorted by heat shimmer. 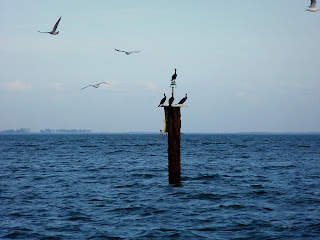 Cormorants perched on the light piling at the end of the south jetty of Flag Harbor. 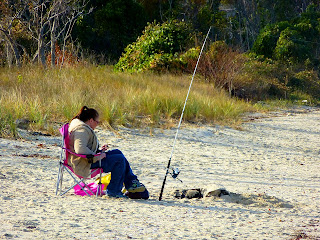 A local hoping for a fish dinner.  I asked what she was after, and she said she wanted a couple of White Perch for dinner.
Posted by Fritz at 3:22 PM