Are There Any Adults Left In Charge? 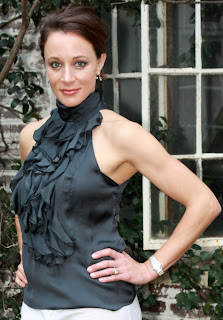 Former 4 star General and just resigned Director of the Central Intelligence Agency David Patraeus (60 ish), has an affair with his stacked biographer.  They swap thousands of notes, and possibly some intelligence, via joint public email accounts, which they can "share" without actually pushing the send button (not that that hinders the FBI from getting them), a trick they apparently learned from Al Qaeda.

Said stacked biographer, Paula Broadway, is 40 years old, married, mother of two, and a Lieutenant Colonel in the Army Reserves.  She accuses socialite Jill Kelley, a volunteer with the military and a friend of Patraeus, of messing with her man, and begins a campaign of anonymous email harassment against her. 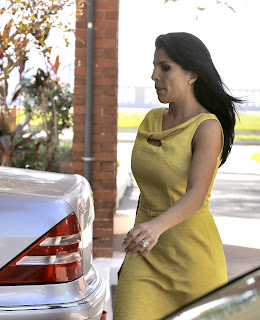 Jill Kelley, married to cancer surgeon, and with three daughters, contacts the FBI regarding the email harassment, which starts the FBI investigation that eventually topples Patreaus from his post.  Meanwhile, Jill Kelley is apparently also sharing a email relationship (at the minimum)  involving thousands of emails with the top commander in Afghanistan, General John R. Allen, another four star general, which has stalled his nomination to be Supreme Allied Command in Europe.

Meanwhile, one of the FBI investigators working on the Broadway/Patraeus email investigation develops a crush on Jill Kelley, and emails her a picture of his naked torso.  Really!


A federal agent who launched the investigation that ultimately led to the resignation of Central Intelligence Agency chief David Petraeus was barred from taking part in the case over the summer due to superiors’ concerns that he was personally involved in the case, according to officials familiar with the probe...New details about how the Federal Bureau of Investigation handled the case suggest that even as the bureau delved into Mr. Petraeus’s personal life, the agency had to address conduct by its own agent—who allegedly sent shirtless photos of himself to a woman involved in the case prior to the investigation.

An ABC TV news station in Denver produces and shows a news segment, showing the title of Broadwell's biography "All In" as "All up In my Snatch".

You couldn't write this stuff. Well, not if you had any pride.

I'm not even going to go into the red diaper baby who just got re-elected on a ticket of free (well, at least paid for by someone, anyone else) birth control, while spending a trillion dollars a year more than he collects.
Posted by Fritz at 7:20 PM