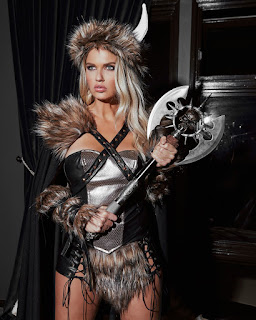 
The remains of a powerful Viking — long thought to be a man — was in fact a real-life Xena Warrior Princess, a study released Friday reveals.

The lady war boss was buried in the mid-10th century along with deadly weapons and two horses, leading archaeologists and historians to assume she was a man, according to the findings published in the American Journal of Physical Anthropology. 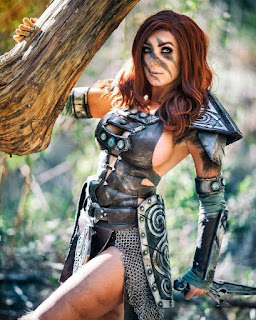 “It’s actually a woman, somewhere over the age of 30 and fairly tall, too, measuring around [5 feet 6 inches] tall,” archaeologist Charlotte Hedenstierna-Jonson of Uppsala University, who conducted the study, told The Local.

And she was likely in charge.

“Aside from the complete warrior equipment buried along with her — a sword, an ax, a spear, armor-piercing arrows, a battle knife, shields, and two horses — she had a board game in her lap, or more of a war-planning game used to try out battle tactics and strategies, which indicates she was a powerful military leader,” Hedenstierna-Jonson said. “She’s most likely planned, led and taken part in battles.” 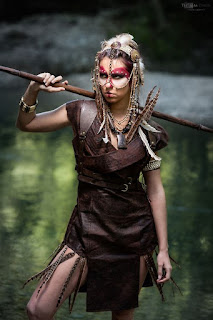 The discovery marks the first genetic proof that women were Viking warriors, according to science publication Phys.org.

The Viking grave was first found and excavated by Swedish archaeologist Hjalmar Stolpe in the late 1800s.

But a few years ago, osteologist Anna Kjellström of Stockholm University noticed its skeleton had fine cheekbones and feminine hip bones, researches said.

They conducted DNA analysis and confirmed it was a female.

The old stories score another victory.

The Wombat has Rule 5 Sunday: Joy Harmon up on time at The Other McCain.
Posted by Fritz at 7:06 PM