The poultry industry on the Eastern Shore produces about 300 million chickens a year. But the byproduct is about a half billion pounds more manure than can be absorbed by crops when farmers spread the litter as fertilizer for their corn and soybeans. That leads to runoff of phosphorus pollution into rivers, streams and the Bay.

In about two years, pollution control regulations imposed by Governor Larry Hogan’s administration will restrict manure application on about 160,000 acres of farms on the Eastern Shore that are already overloaded with phosphorus. But state officials do not know what to do with all the extra tons manure that farmers will no longer be able to spread under the new rules.

The Maryland Department of Agriculture does not have enough trucks or drivers to ship the waste to farms outside of overloaded parts of the Chesapeake Bay watershed. The state has not built storage depots or lined landfills to deal with the excess waste. And there is no longer an economic market for selling the manure as fertilizer, because of overproduction and the new restrictions.

As state officials wrestle with this problem, state Delegate Vaughn Stewart, a Democrat from Montgomery County, has come up with a temporary fix: The state should ban the approval of any new industrial-scale poultry houses until officials come up with a solution for the manure overload. 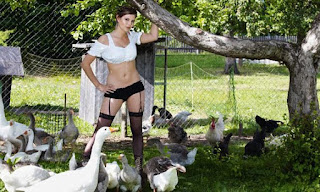 Speaking during a hearing last week on his House Bill 1312, Delegate Stewart said a pause in construction of new large chicken houses would also allow the state to study the ammonia air emissions that are blown out of the facilities’ exhaust fans, along with bacteria, particles of manure, and other air pollutants

“Emissions from these factory farms are linked with negative health consequences,” Stewart said. “The childhood asthma rates in places like Wicomico County are three times the national average, and the respiratory disease rates are 54 percent higher than the state average.”

Sarah Goldman, a program coordinator at the Johns Hopkins Bloomberg School for Public Health’s Center for a Livable Future, supported Stewart’s bill, as did several environmental groups and local residents concerned about the expansion of Concentrated Animal Feeding Operations or CAFO’s. 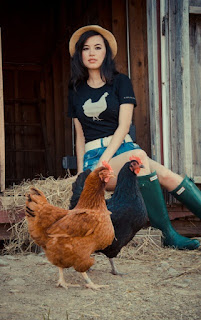 But the bill is strongly opposed by the influential Maryland Farm Bureau and poultry industry.

“There is a negative correlation with number of birds, in a county, and the prevalence of asthma, in that county,” said Steve Levitsky, a vice president at Perdue Farms. “The counties that did have high prevalence of asthma had the highest smoking percentage on the lower Eastern Shore. So I think there are other variables in place that are unrelated to poultry.”

Can we pass a law that limits the amount of chicken Montgomery County can import?

The Wombat has Rule 5 Sunday: Joy Harmon up on time at The Other McCain.
Posted by Fritz at 5:29 PM