The Ides of March at the Beach 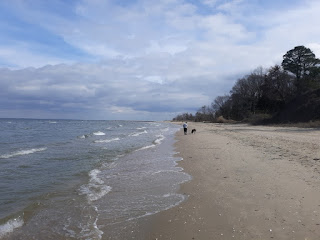 45 F and breezy on the Ides of March. 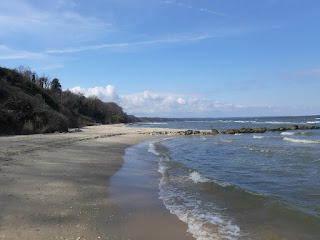 The sun was hit and miss, and it really helped when it was out. 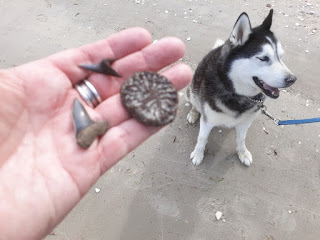 There was lots of sand and very little shell hash to look through for fossils, but we did find two really nice teeth, a White Shark upper that was 1.5 inches, and a 1.25 inch Mako lower, that made the top shelf, and a "cookie" (dolphin or whale epiphysis plate) that went 1.75 inches. The phone camera decided that Skye was more worthy of focus. 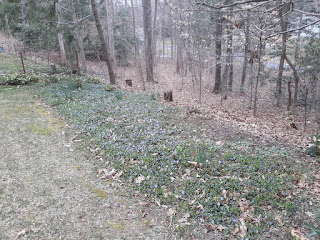 Some photos that accumulated in the phone over a few days. The Vinca is flowering strong in the buffer between the back lawn and the back woods. 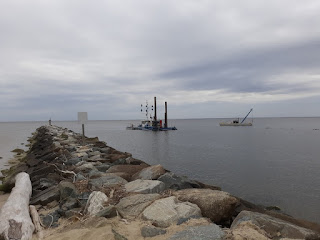 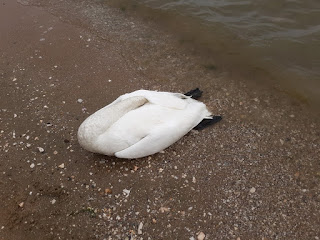 The dredge is in at the harbor.


A sad thing, a Tundra Swan that died on the beach, with it's head tucked under it's wing. It almost looked asleep. Some animals just don't make it to spring. 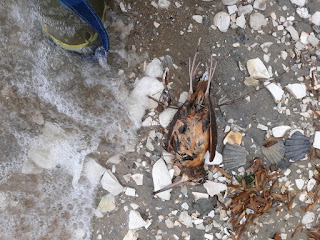 The same day I found this dead Woodcock. I think it might be the first time I've seen one (or at least to be able to identify it). 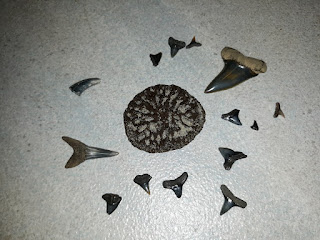