They Hate You and They Want You to Die

Especially if they can blame Donald Trump. Stacy McCain, Liberals Cheering for Coronavirus

On MSNBC, a Friday panel discussion turned into a pep rally for a deadly disease, as Nicolle Wallace and her guests speculated that coronavirus could inflict political damage on President Trump:


Wallace, who worked in the Bush administration during the deadly storm, sees an opportunity for the media to blame President Trump for the virus the same way the media blamed President Bush for Hurricane Katrina.
“We gave them a proof point that we were indeed incompetent and also people died,” Wallace characterized the Bush administration’s response to Katrina. “I mean, this has the making structurally for the same kind of moment for President Trump.”
The panel was optimistic that enough babies, friends, loved ones and old people would perish from the virus that Trump’s solid base of support would finally begin to waver.
“And if there’s any a moment that would shake that 40 percent, the folks that would allow him to shoot someone right down fifth — if there’s any a moment, it’s this one because it’s babies, it’s friends, it’s loved ones,” said Eddie Glaude Jr., an African American Studies professor. “And so it seems to me that this is an event that could take down the president.”

MSNBC’s @esglaude Jr. on the Coronavirus: “This may be Donald Trump’s Katrina.”@NicolleDWallace: "Let’s just lean into that for a minute … this has the makings, structurally, of the same kind of moment” pic.twitter.com/bNjTTpbmjl
— Tom Elliott (@tomselliott) March 6, 2020

CDB, at Ace's, Didn't The Mainstream Media Mock President Trump For Saying Exactly This? That COVID-19 Mortality May Be Significantly Lower Than Originally Reported?

WATCH: "The best estimates now of the overall mortality rate for COVID-19 is somewhere between 0.1% and 1%," Adm. Brett Giroir, assistant secretary for health at HHS, says. "That's lower than you heard probably in many reports ... it's not likely in the range of 2 to 3%" pic.twitter.com/bAvS7LNWI8
— NBC News (@NBCNews) March 6, 2020

Flashback: “In short, Katrina gives them a way to talk about Iraq without talking about Iraq. No wonder Gwen Ifill smiles the ‘inner smile.’”

UPDATE: Chuck Todd: Coronavirus Can Be to Trump Like Iran Hostages Were to Carter.


The Trump administration’s quarantine and travel ban in response to the Wuhan coronavirus could undercut international efforts to fight the outbreak by antagonizing Chinese leaders, as well as stigmatizing people of Asian descent, according to a growing chorus of public health experts and lawmakers.
The World Health Organization’s top official on Tuesday repeated concern that moves that interfere with transportation and trade could harm efforts to address the crisis, though he didn’t directly name the United States. Meanwhile, unions representing flight attendants, nurses and teachers criticized the administration on Tuesday for not being forthcoming about what kind of screening and treatment individuals will undergo, and some members of Congress say they’re concerned the efforts could stoke racial discrimination.

“I’ve shifted my focus to content platforms and streaming; things I can do with no physical contact with other performers. And I’m pretty happy with that decision,” she tells Rolling Stone. “I think I’m gonna wait until we have a better idea of how this will play out.” 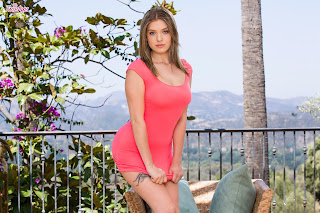 By opting out of shooting scenes, Palmer is taking a significant financial hit; she estimates that she is leaving tens of thousands of dollars of revenue on the table. Yet she considers it a small price to pay for maintaining her health in an industry that, she believes, is like many others in the United States right now, in that it’s not well-equipped to deal with the looming threat of the spread of coronavirus. . . .


The Wombat has Rule 5 Sunday: Joy Harmon up on time at The Other McCain.
Posted by Fritz at 6:50 PM