Believe All Women, But Not #HerToo 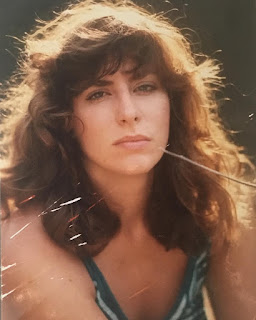 She formerly worked in Biden's Senate office, and says he's retalliated against her since the penetrative sexual assault. (Alleged.)

Penetrative. Not just squeezing and stroking and sniffing up on teenagers this time.


In the interview excerpt, which is posted to Soundcloud, Reade described a graphic 1993 incident where a superior asked her to take a gym bag to Biden "down towards the capital." Then she recalls being called towards the "side area" where Biden greeted her.
"We were alone and it was the strangest thing," she said. "There was no like exchange really. He just had me up against the wall."
Reade went on to say that she was wearing a business skirt with no stockings because it was hot at the time. While up against the wall, Reade says Biden's "hands were on me and underneath my clothes."
"He went down my skirt but then up inside it and he penetrated me with his fingers," Reade emotionally continued.
Reade also said Biden was kissing her and saying multiple things to her. She remembered a couple of the comments.
"I remember him saying first, like as he was doing it, 'Do you want to go somewhere else,'" she said. “And then him saying to me when I pulled away, he got finished doing what he was doing, and I kind of just pulled back and he said, 'Come on man, I heard you liked me"’ And that phrase stayed with me because I kept thinking what I might've said and I cant remember exactly if he said'‘i thought' or 'I heard' but he implied that I had done this." 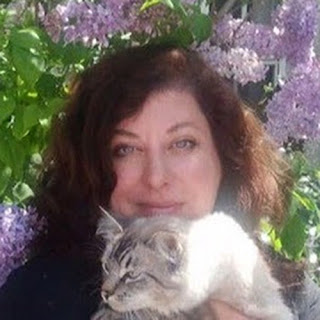 
This sounds credible to me. I have a feeling that Fake Jake Tapper won't see it the same way.

You can listen to the interview here.

The organization Times Up routinely funds lawsuits by women who claim sexual harassment or assault by men.

But in this case -- they said, "Goshdarnit, we just can't fund you, Tara!"

I'm sure he doesn't remember. Ryan Grim at Da Intercept, TIME’S UP SAID IT COULD NOT FUND A #METOO ALLEGATION AGAINST JOE BIDEN, CITING ITS NONPROFIT STATUS AND HIS PRESIDENTIAL RUN


The Time’s Up Legal Defense Fund was the recipient of an outpouring of donations over the past two-plus years, and is set up as a 501(c)3 nonprofit housed within the National Women’s Law Center. It was launched in December 2017 and was the most successful GoFundMe in the site’s history, raising more than $24 million. Among the accusers backed so far by Time’s Up are some of those assaulted by Harvey Weinstein, as well scores of others with allegations against executives in male-dominated industries. The group has committed more than $10 million toward funding cases.. . .


When reached for comment by The Intercept, Driscoll referred questions to a NWLC spokesperson, Maria Patrick, who said that the organization has legal constraints. “As a nonprofit 501(c)(3) charitable organization, the National Women’s Law Center is restricted in how it can spend its funds, including restrictions that pertain to candidates running for election,” Patrick responded, when asked why the organizing declined to provide funds to Reade. “Our decision on whether or not to provide certain types of support to an individual should not be interpreted as our validation or doubt of the truthfulness of the person’s statements. Regardless, our support of workers who come forward regarding workplace sexual harassment remains unwavering.”

Ruling out federal candidates marks as off-limits any member of Congress running for reelection, as well as President Donald Trump. Ellen Aprill, a professor of tax law at Loyola Law School in Los Angeles, said that Time’s Up’s analysis is too conservative, and the group wouldn’t be putting its tax-exempt status at risk by taking a case involving a candidate for federal office as long as it followed its standard criteria for taking on cases. “As a legal matter, if the group is clear regarding the criteria used as to whom it is taking to court, show that these are long-established neutral criteria, and they are being applied to individuals completely independent of their running for office, it would not be a violation of tax law. Groups are allowed to continue to do what they have always done,” she said.

The public relations firm that works on behalf of the Time’s Up Legal Defense Fund is SKDKnickerbocker, whose managing director, Anita Dunn, is the top adviser to Biden’s presidential campaign. A spokesperson for Biden declined to comment. The SKDK spokesperson assigned to Time’s Up referred questions back to the NWLC.

The Wombat has Rule 5 Sunday: Elle MacPherson up at The Other McCain on time and under budget.
Posted by Fritz at 10:32 AM