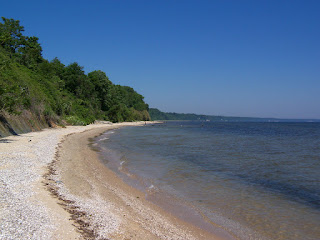 I bailed Skye out of Lori's doggy spa about 10 AM, and by 11 had decided that if we were going to walk, sooner was better than later, as temperatures were already 82 F, and eventually went as high as 88. So we went on down to the beach. 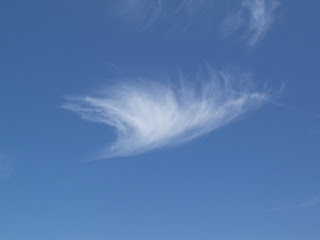 It ain't the Amalfi Coast, but it's mine. Clear, sunny, and almost cloudless. Humidity is starting to build up. Today really feels like summer. 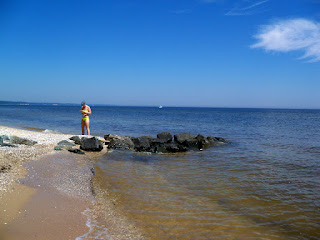 A fellow fossil hunter. I hope she had better luck than I had today. 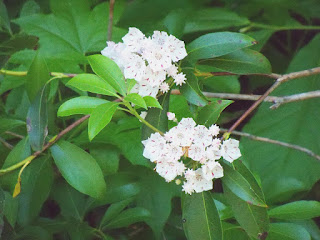 Some Mountain Laurel is blooming in our back lots. One of our empty lots has a big patch of it, to where you might call it a "Laurel Hell."