Oysters are Yummy, But NIMBY 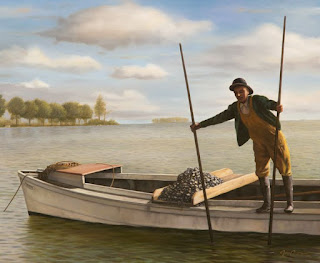 Not in my back yard: Wealthy homeowners take on oystermen in war for the coast

Over the past five years, oyster production has doubled on the East Coast, driven by new farming methods, cleaner water and Americans’ growing taste for orders on the half shell. The resurgence has led to unprecedented resistance from coastal Virginians who want to maintain picturesque views from their waterfront homes and has fueled a debate over access to public waterways.

“These people can’t have it all,” said Chris Ludford, an oysterman in Virginia Beach who sells to nearby farm-to-table restaurants.

Ludford said he faces fierce pushback along a Chesapeake Bay tributary from people with “a $2,000 painting in their house of some old bearded oysterman tonging oysters.

“But they don’t want to look out their window and see the real thing,” he said. 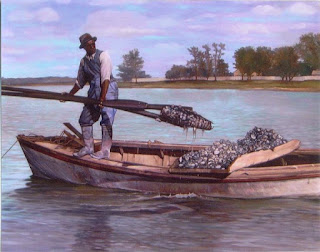 Now that was funny. And true.


Homeowners say the growing number of oystermen — dressed in waders and often tending cages of shellfish — spoil their views and invade their privacy. Residents also worry about less access to the water and the safety of boaters and swimmers.

Low tides often expose oyster cages, usually accompanied by markers or warning signs that protrude from the surface. In some places, cages float.

“All of sudden you have people working in your backyard like it was some industrial area,” said John Korte, a retired NASA aerospace engineer in Virginia Beach who’s among residents concerned about oyster farming’s proliferation. “They may be a hundred feet away from someone’s yard.”

It's a lot like moving to the country, and then complaining about the smell of pigs. . .
Posted by Fritz at 4:44 PM