You know what we love? Like, really love; top-ten-things-we-love kind of love? When high fashion meets high attention-seeking in the most hilarious of ways. She looks like she’s modeling the Little Edie Beale Haute Couture line.

We had to restrain ourselves from calling this pretentious because really, what’s the pretense here? This is Katy in full-on Wacky Cousin Katy mode. It’s flipping ridiculous, TOTALLY unfabulous, and yet entirely on point for the who, where and when.

To be fair, the sequined cloak is kind of fabulous, so long as we stop thinking that it looks like something Buffalo Bill would wear in his basement while lowering that basket. 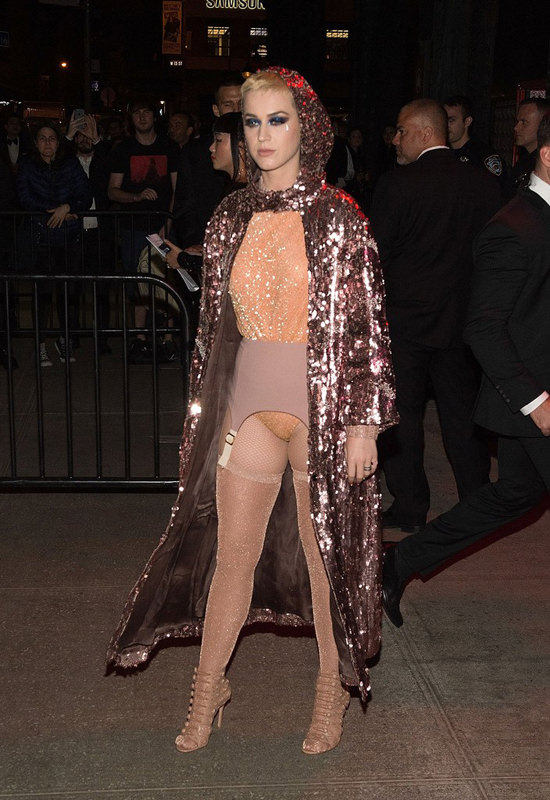 Nice shower curtain. God, that's ugly. It's not even fashionably ugly. Why do women do that?

Found at Althouse, who also has a thing about Katy Perry.
Posted by Fritz at 6:00 AM