The fish of the week is Amberjack

Lesser amberjacks, Seriola fasciata, have proportionately larger eyes and deeper bodies than greater amberjacks. They are olive green or brownish-black with silver sides, and usually have a dark band extending upward from their eyes. Juveniles have split or wavy bars on their sides. The adults are usually under 5 kg (10 lbs). They are found deeper than other jacks, commonly 50 to 130 m (30 to 70 fathoms).

Amberjacks are voracious predators, which feed on squid, fish, and crustaceans, and are thought to spawn offshore throughout most of the year. Juveniles can be caught in about 25 feet (7.6 m) of water, near floating objects.


Banded rudderfish, Seriola zonata, is the second-smallest amberjack. This jack can be distinguished from the pilot fish by the presence of a first dorsal fin. Juveniles are banded vertically like pilotfish, and follow large objects or animals. Large individuals (over 10 inches) have no bands. This fish, though commonly caught, is rarely identified. Large ones, with a raccoon-stripe on the eye and an iridescent gold stripe on the side, are usually called amberjacks when caught, and juveniles are called pilotfish. They are found as far north as Nova Scotia. They are less dependent on sharks, etc., than pilotfish. They can be caught on shrimp, silversides, lures (e.g. spoons), and flies.

Nope, I haven't caught an Amberjack, yet. Not even a Banded Rudderfish.

Wombat-socho is only a day late with "Rule 5 Monday: O Girls!" 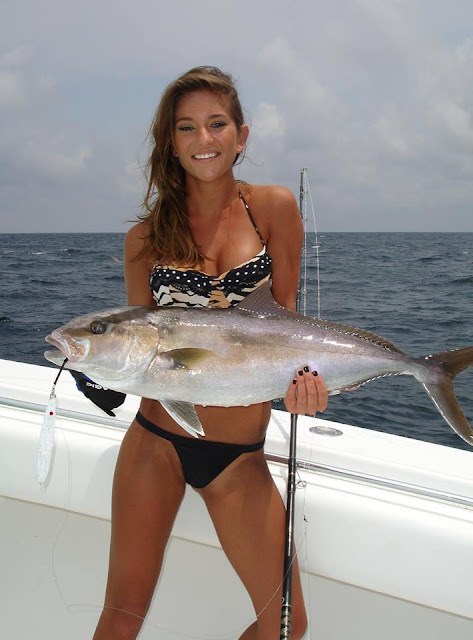 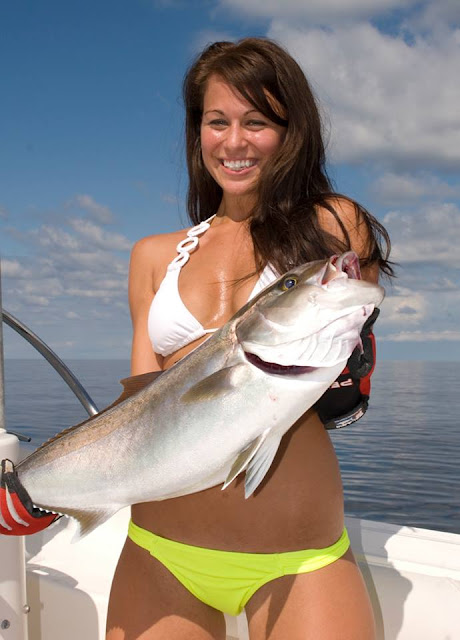 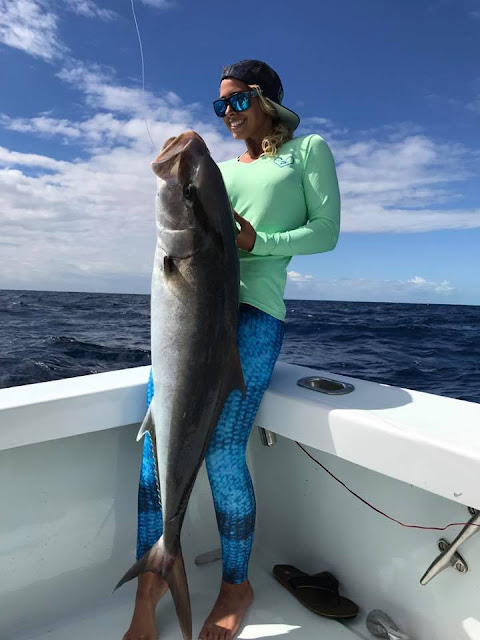 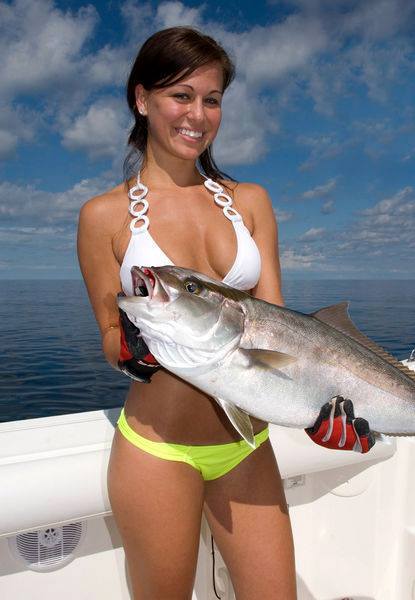 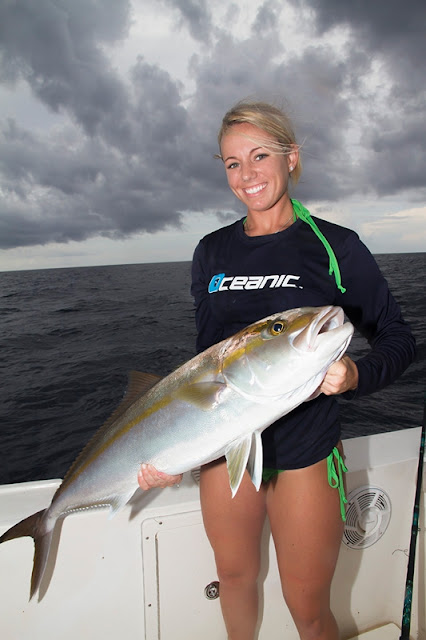 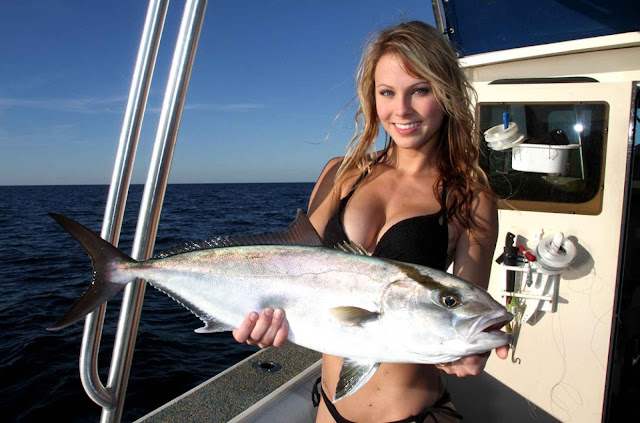 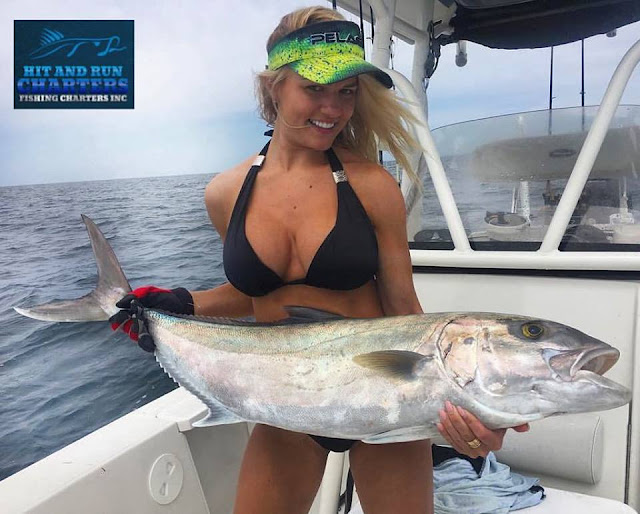 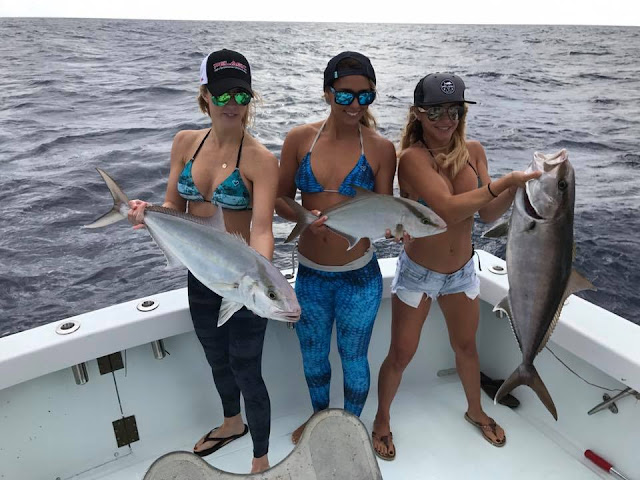 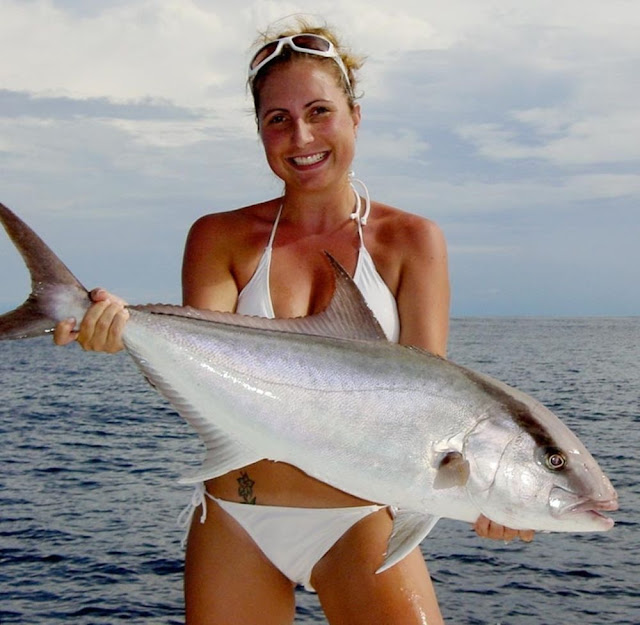