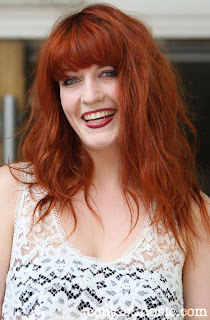 The subject of  week's Rule 5 post is Florence Welch, lead singer of the indie band, Florence and the Machine.

The band's debut album, Lungs, was released on 6 July 2009, and held the number-two position for its first five weeks on the UK Albums Chart.[2] On 17 January 2010, the album reached the top position, after being on the chart for twenty-eight consecutive weeks.[3] As of October 2010, the album had been in the top forty in the United Kingdom for sixty-five consecutive weeks, making it one of the best-selling albums of 2009 and 2010. The group's second studio album, Ceremonials, released in October 2011, debuted at number one in the UK and number six in the US.

What the hell is an "indie" band anyway? 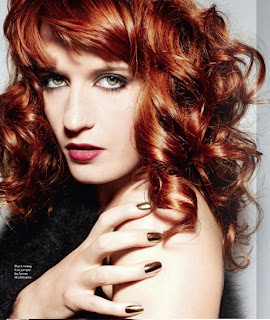 Interesting positioning of the light...

Not a natural ginger, she chose the soulless look for her act.  Born in Camberwell, England, she is the daughter of an advertising executive and a Renaissance scholar.

She is well known for her dramatic staging and unusual clothing for performances:

"For the stage, it's The Lady of Shalott meets Ophelia...mixed with scary gothic bat lady. But in real life I'm kind of prim." 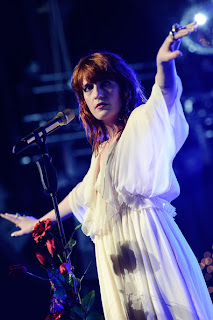 "The name Florence and the Machine started off as a private joke that got out of hand. I made music with my friend, who we called Isabella Machine to which I was Florence Robot. When I was about an hour away from my first gig, I still didn't have a name, so I thought 'Okay, I'll be Florence Robot/Isa Machine', before realising that name was so long it'd drive me mad."

More pictures of Florence below the jump. 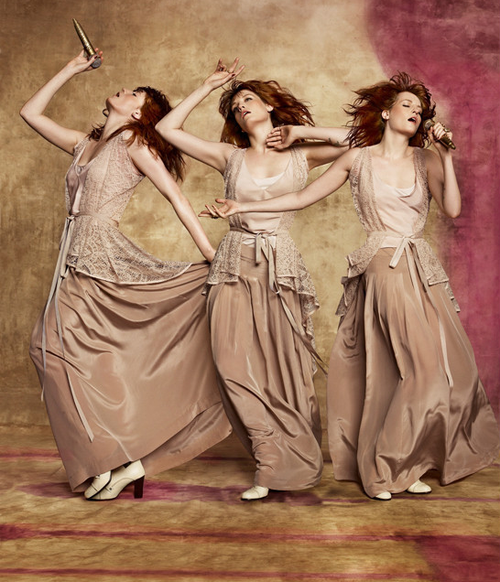 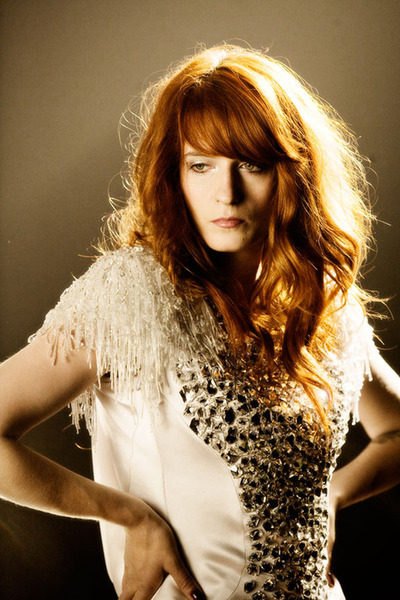 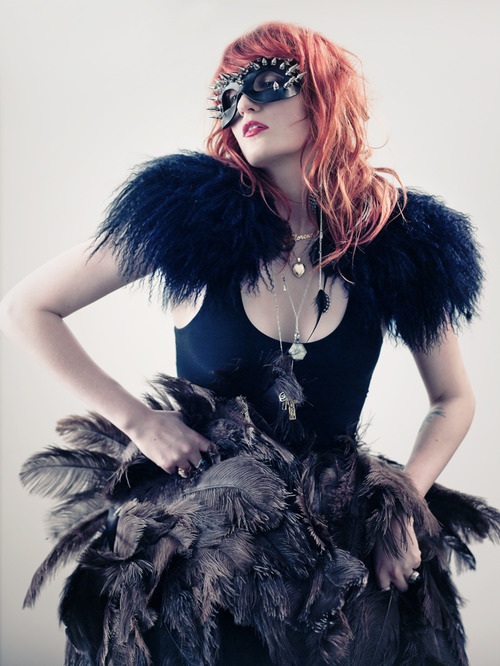 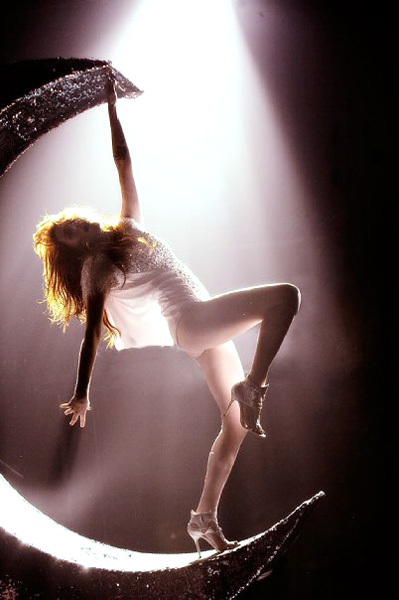 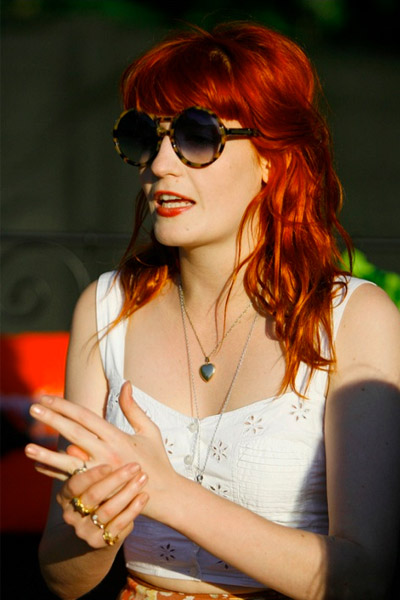 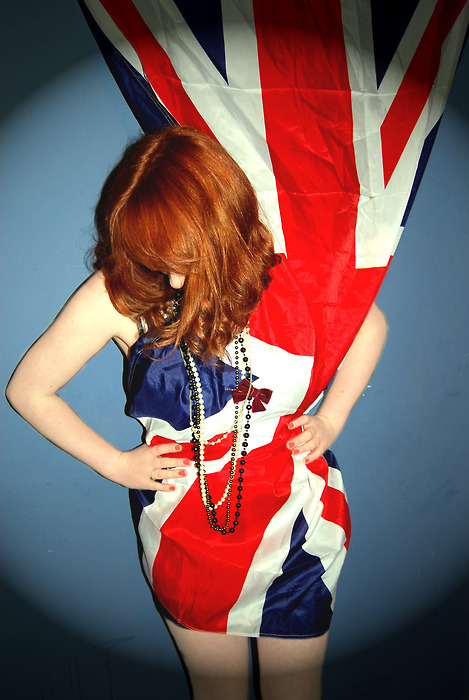 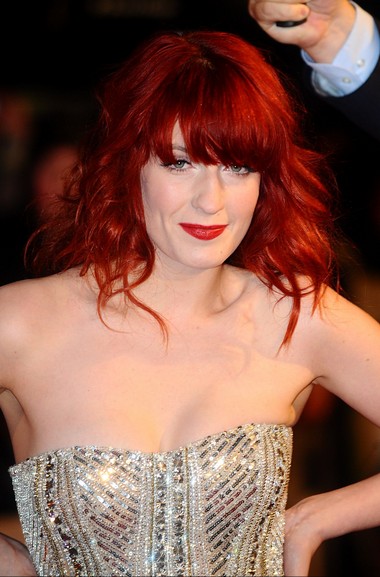 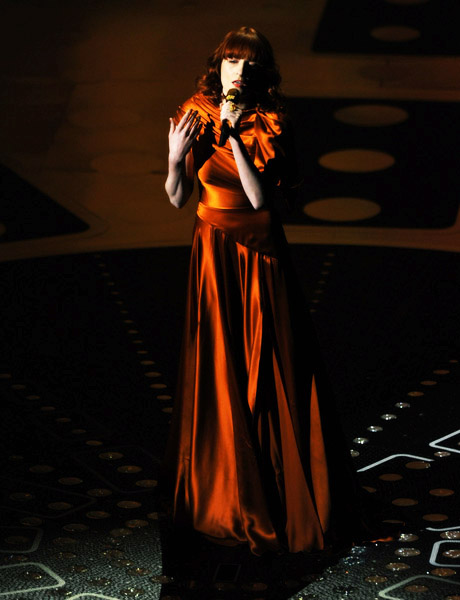 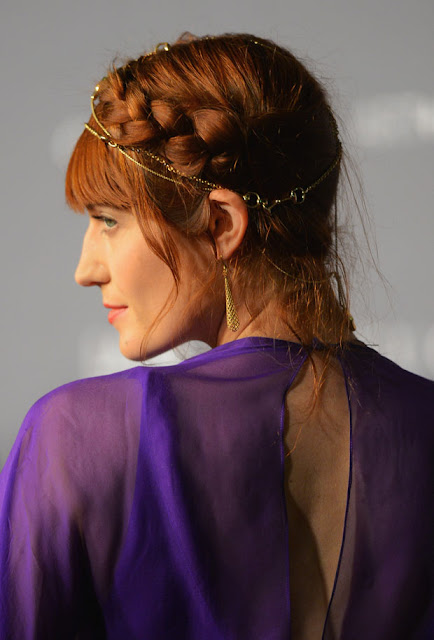 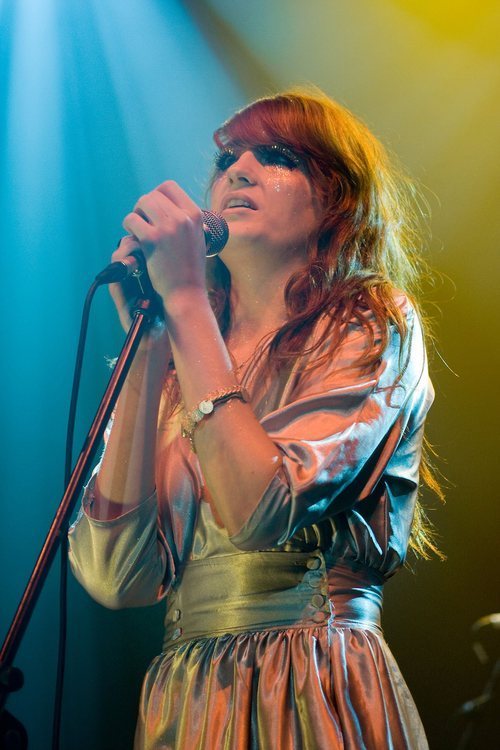 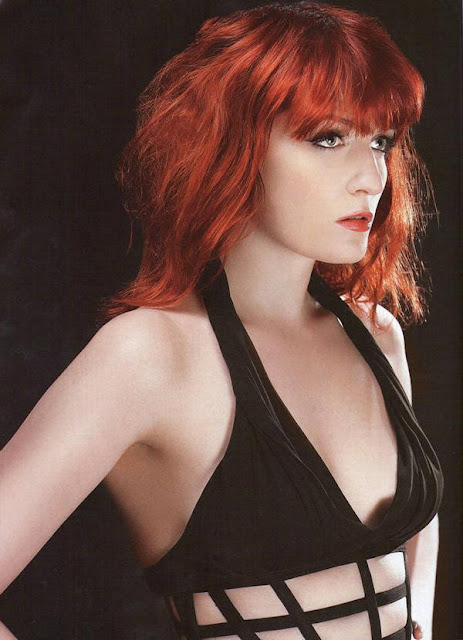 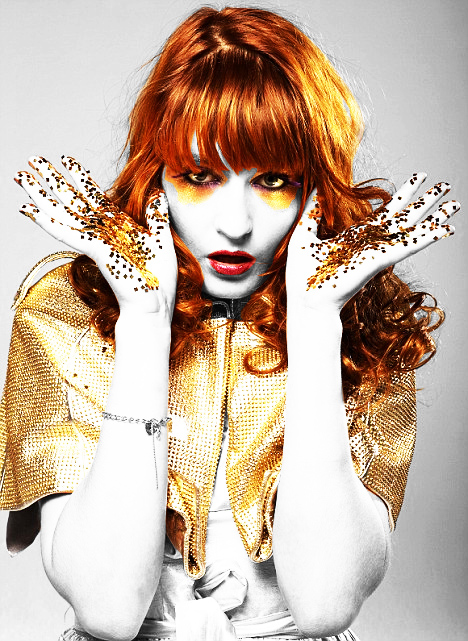 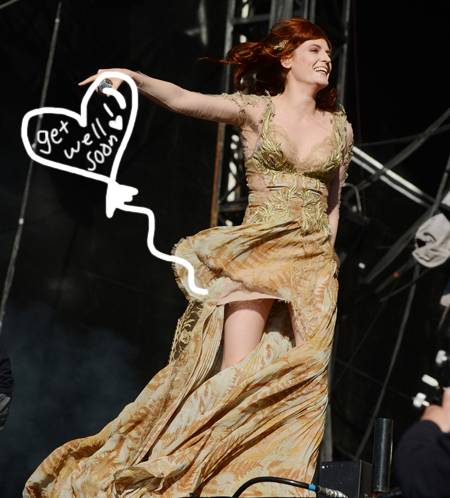 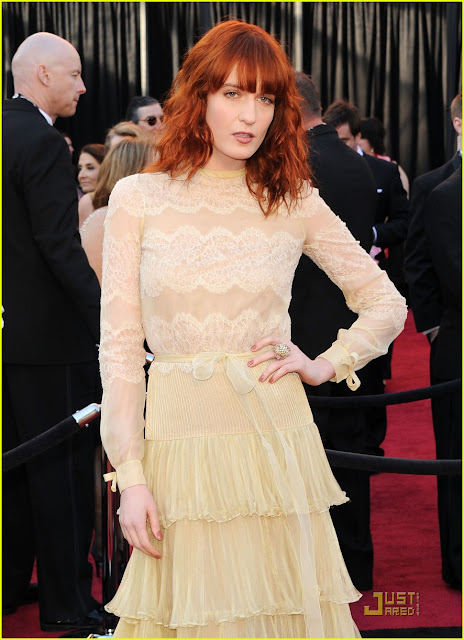 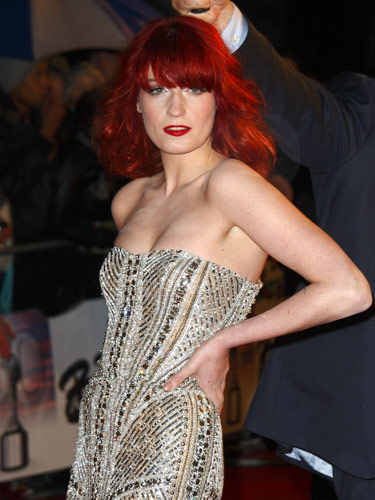 Linked at William Teach's "Sorta Blogless Sunday Pinup" and linkfest at Pirate's Cove. Likewise, Wombat-Socho included this in his "Rule 5 Sunday: Medicine Show!" Linked at The Classical Liberal "Gucci Galore", too.
Posted by Fritz at 6:00 AM