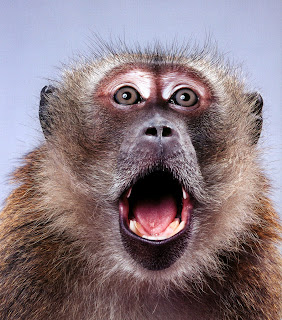 For 25 years, the rhesus monkeys were kept semi-starved, lean and hungry. The males’ weights were so low they were the equivalent of a 6-foot-tall man who tipped the scales at just 120 to 133 pounds. The hope was that if the monkeys lived longer, healthier lives by eating a lot less, then maybe people, their evolutionary cousins, would too. Some scientists, anticipating such benefits, began severely restricting their own diets.

The results of this major, long-awaited study, which began in 1987, are finally in. But it did not bring the vindication calorie restriction enthusiasts had anticipated. It turns out the skinny monkeys did not live any longer than those kept at more normal weights. Some lab test results improved, but only in monkeys that were put on the diet when they were old. The causes of death — cancer, heart disease — were the same in both the underfed and the normally fed monkeys.

Lab test results showed lower levels of cholesterol and blood sugar in the male monkeys that started eating 30 percent fewer calories in old age, but not in the females. Males and females that were put on the diet when they were old had lower levels of triglycerides, which are linked to heart disease risk. Monkeys put on the diet when they were young or middle-aged did not get the same benefits, though they had less cancer. But the bottom line was that the monkeys that ate less did not live any longer than those that ate normally. Rafael de Cabo, lead author of the diet study, published online on Wednesday in the journal Nature, said he was surprised and disappointed that the underfed monkeys did not live longer. Like many other researchers on aging, he had expected an outcome similar to that of a 2009 study from the University of Wisconsin that concluded that caloric restriction did extend monkeys’ life spans.

Pass me another doughnut...