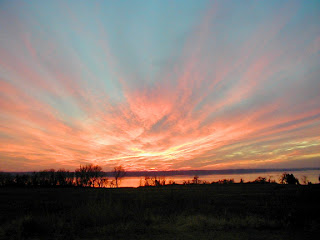 The more vibrant, scenic sunsets that have fallen upon Delmarva's skies as of late make for a photographic site to watch.

But sunsets with a reddish hue appear that way more because of toxic chemicals poisoning the atmosphere, according to National Weather Service meteorologist Lyle Alexander. And in the summertime, the pollution is at its worst. 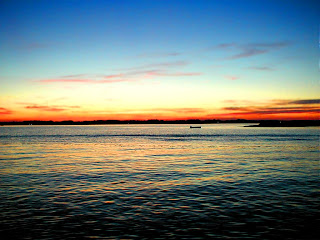 "You're more likely to have pollution in the air, especially near (Bethany Beach) in the summertime. The air is usually more humid with haze and that can cause sunsets," Alexander said. "If the pollution is bad enough, you won't even see the sunset. If there's some but not a lot, you get red sunsets."

These sunsets brought to you by the sun, the Patuxent River, and air pollution.  There were no sunsets in the era of the dinosaurs.