A Small Fishing Village with a Tsunami Problem

I was struck by the sub title of the article in my dead tree copy of the Washington Post this morning: 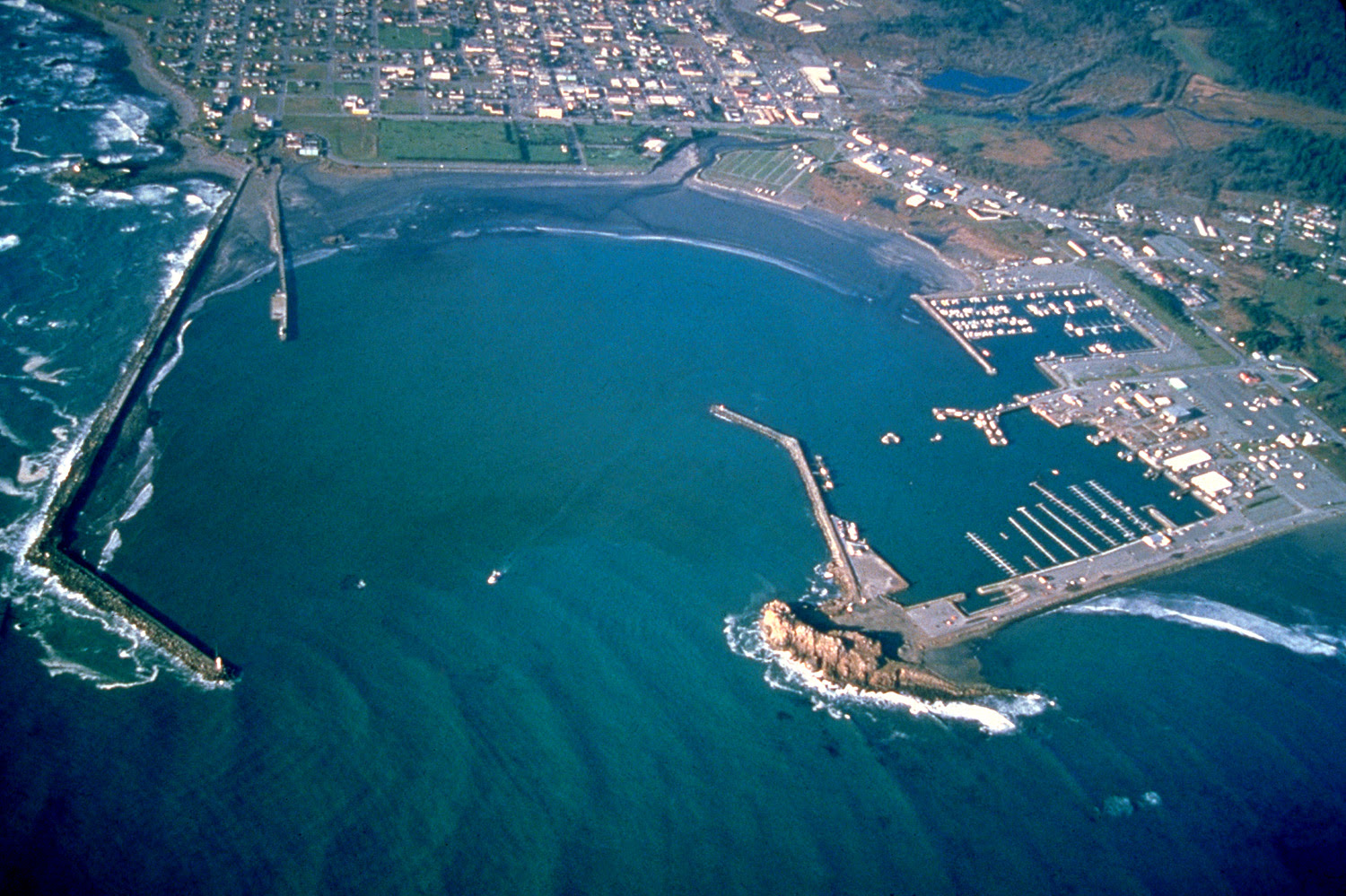 Note, the subtitle is not present on the web copy, but the article is identical.

Having spent a few years in the general vicinity (one of my college roommates was from Crescent City, and I dated his sister), I don't exactly consider Crescent City a village, and I suspect that back then and maybe even today, it's non-tourist economy depends as much on logging as fishing.  In fact, according to this source, fishing and forestry combined are only a small part of Crescent City's economy, 3.1%.  With some 7000 people I would call it a small town, rather than a village. It get's good reviews too...


If you are thinking of moving to Crescent City, CA save yourself the trouble and DON'T! It's a miserable, depressing city infested with meth heads. Most people live in poverty and being a career welfare recipient is considered normal there. There are few good jobs in the city (working at the hospital/prison/school) but eventhose who are able to afford a nice life can't because there is nothing to do! It's beautiful with the redwoods, smith river, and beaches...but when it's raining just about all year long and COLD even in the middle of summer you don't really get to enjoy it. There's nothing to do. The mountains cut the city off from the rest of CA. The closest place to go is a 30 minute drive to Brookings, OR which is also a boring little city. This is a place for people who are happy living a boring life who don't want to advance. If you ever go you will see exactly what I'm talking about, because the people in the town are so BORED they have nothing better to do than gossip and start drama. I moved away two years ago and couldn't be happier, I would never even consider moving back!

You know life is tough when someone from Merced gives you those reviews.  Really, it just sounds like the rest of California, with some extra rain and clouds.

Anyway, back to the article. Due to some interesting geo/hydrography, Crescent City is uniquely placed to catch and magnify tsunamis from around the Pacific Ocean.  Since a tide gauge was installed in 1934, Crescent City has recorded 34 tsunamis (most of which did no damage).  However, Crescent City was devastated by the Good Friday quake in Alaska in 1964, which came into the town up to 2nd Street (counting from the ocean), and had it's harbor severely damaged again in last years great Japanese earthquake and tsunami. Now their getting tired of it, and are planning to prepare the harbor for a "50 year" tsunami:


Officials are spending $54 million to build the West Coast’s first harbor able to withstand the kind of tsunami expected to hit once every 50 years — the same kind that hit in 2011, when the highest surge in the boat basin measured 8.1 feet (2.5 meters) and currents were estimated at 22 feet (6.7 meters) per second.

With no tsunami building codes, Stover said the state of California and Crescent City decided to prepare for the kind of tsunami expected to hit every 50 years. They rejected as too expensive building a tidal gate to close off the mouth of the harbor or trying to survive a powerful tsunami like the one that hit in 1964. Instead, they planned to make the docks strong enough to ride out the most likely surges.

And then, put that together with this other article from the Washington Post today:

We're too close too the sea

Hurricane Sandy confirmed what Irene and Katrina had suggested: We will retreat from the edge of the sea. We should do so in a planned, organized manner that protects citizens’ interests and the ecological, economic, recreational and aesthetic values of our coasts. This endeavor will require major changes in the way we manage coastal lands.

It always come down to central planning.  Scientist and managers are always thinking that they need to get paid for planning and managing what the rest of the world is


Coastal storms have killed thousands of people and have caused more than $250 billion in damages in the past 12 years. Costs are increasing with each storm because more and more people live, and build infrastructure, in risky places. For example, hundreds of thousands of people live on barrier islands along the East and Gulf Coasts. The nature of these low-lying sand islands is to move. Independent of hurricanes, winds, waves and currents cause barrier islands to roll toward the shore and migrate along the coast. Put another way, they naturally migrate from under buildings placed on them. The population density of U.S. coastal counties increased 28 percent from 1980 to 2003, to about 153 million. Clearly, coastal development must be rethought.

Sure, anybody who builds a permanent structure on a barrier island should be warned that no one else is responsible for seeing that the land stays put under them.


Billions of dollars have been spent building seawalls, jetties, beaches and dunes, in efforts to control water flow and sediment movement and, ultimately, to stabilize dynamic shorelines to protect people and property. Since 1922, “renourishment” sand has been pumped on more than 3,700 miles of beach in the United States. That’s equivalent to the distance from Bangor, Maine, to Miami and back. Unfortunately, these efforts have often failed. All engineered solutions, whether “hard construction” such as seawalls or “soft construction” like dunes and beaches, have a limited life and have to be rebuilt repeatedly.

Yep; my wife has been a staunch opponent of "beach renewal on our little beach on the local board.  Sand comes and sand goes.  But large cities that have a big tourist trade have powerful economic incentives to try to keep the sand where it does them the most good.  If they want to try to beat mother nature at her game, let them try; just don't ask me to pay for it.

Now we get down to it.  These "coastal" scientists want the federal government to depopulate the coastline:


Retreat from the sea will be painful no matter how it is executed, but it will hurt most if Americans continue to try to protect all existing infrastructure until the sea destroys it and if we repeatedly rebuild in the same places.

Planning for the coming reality must be a collaborative effort of the multiple stakeholders with diverse interests in coastal values. We offer these suggestions as a starting point.

●Planning should begin to depopulate high-risk areas now, rather than waiting for disasters to cause further loss of life and property.

It always comes down to force.  Pretty soon, the high energy physicist will be demanding we ration their electron, too.
Posted by Fritz at 9:53 AM