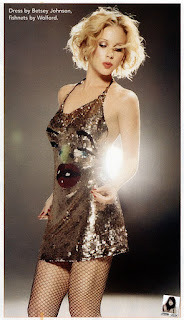 For some values of the words "random" and "celebrity". First, from Fox, Christina Applegate reveals role on 'Dead to Me' may be last due to MS diagnosis


Christina Applegate revealed that the third and final season of "Dead to Me" might be the last time fans see her on the screen.

The 50-year-old "Anchorman" star told Variety that her lead role as Jen Harding in the hit Netflix series could be her final acting job due to her ongoing battle with multiple sclerosis.

"Jen Harding is the one, who — who knows, quite possibly the last one I’ll play. With my disease, I don’t know how capable I am," Applegate said.

In August 2021, the "Married…with Children" alum revealed that she had been diagnosed with MS, a chronic disease that affects the brain and central nervous system, a few months earlier. 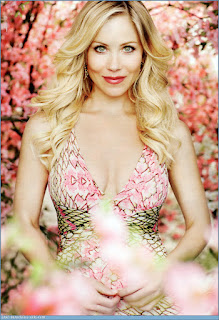 Applegate was in the middle of filming the last season of "Dead to Me" when she received her diagnosis. Production on the show was halted for about five months while she began treatment.

"I got diagnosed while we were working, and I had to call everybody and be like, "I have multiple sclerosis, guys. Like, what the f--k!", she said.

Applegate continued, "And then it was about kind of learning — all of us learning — what I was going to be capable of doing."

"It had to be cold, because heat is our kryptonite. Can’t work those 18-hour days, you know? It was impossible."


According to producer Jonathan Kasdan, the decision to feature of a lesbian romance front-and-center in the upcoming Disney Plus Willow sequel series was borne out of the “spirit of moving the fantasy genre into a contemporary sound” found in George Lucas’ original film.

Kasdan, who also served as Willow’s lead developer, offered his thoughts on the romance between protagonists Dove (Ellie Bamber) and Kit (Ruby Cruz) during a promotional to Polygon ahead given of the series’ November 30th premiere.

“In a long overdue and welcome development for fantasy cinema, television,” adds Polo” and the Disney corporation itself, Kit (a self-centered tomboy princess who spends most of the series dressed like the Dread Pirate Roberts) and Jade (an orphan girl who wants to become her country’s first female knight) are as though someone took every tomboy fantasy heroine in the YA literature canon, tossed them in a blender, and flipped a big mad scientist lever from SUBTEXT to TEXT.”

Asked by Polo for insight into both “the process” of developing the romance and whether or not he had received any caution against its inclusion from Disney higher-ups, Kasdan confirmed, “There was no pushback.”

“What’s interesting is — I hope and I believe we’re at a moment where you’re going to see a paradigm shift in that,” said the Solo: A Star Wars story writer. “And hopefully, the way that it’s gonna happen is that these kinds of [queer] stories, particularly like this one, that were just organic to the narrative we were telling, find their way in, and it becomes less of a surprising and unusual thing to see.” 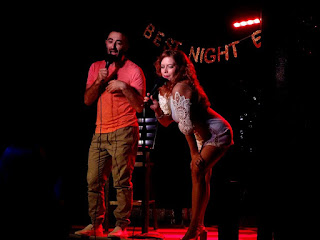 Mainstream comedy platforms won’t go near the precocious stand-up for her right-leaning views, which she leaned into with her recent comedy album “LIVE from January 6th.” Fellow comics attack her for embracing free speech at a time when censorship is on the march.

She endured not one but two Swatting attacks in recent days, the second captured during the recording of her “Chrissie Mayr Podcast” with guest Keri Smith. 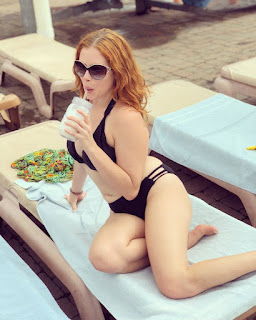 Now, Mayr is fighting back.

Mayr shared legal documents on her Twitter feed showing her potential suit against YouTube. The comedienne and podcaster expanded on the conflict via social media, a rare case of transparency at a time when secrecy is often the order of the day.

The conflict stems from a July YouTube broadcast in which Mayr read from a New York Post piece on diners attacking a restaurant. The melee began after a diner “raged” against what she considered an exorbitant price for extra sauce – $1.75. 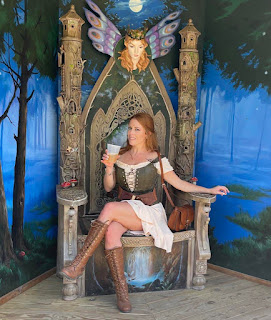 Three female diners trashed the place, and Mayr read excerpts from the article during the livestream.

That can impact an artist’s career, from reduced income to the inability to share videos on the biggest platform of its kind.

YouTube often punishes creators by demonetizing their channels. PragerU’s YouTube channel no longer features commercials due to that practice, even though its content is consistently G-rated. 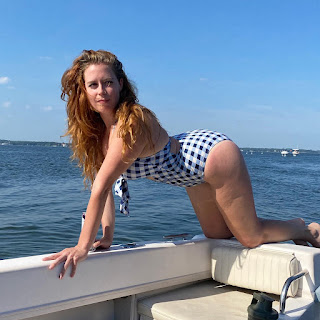 The comic shared her legal team’s demands on Twitter. Repeal the decision or face a lawsuit.

“During the approximately nine-minute segment Ms. Mayr did not say anything violent or controversial,” the legal letter reads.

YouTube, the letter continues, filed a strike against Mayr’s account for including “graphic violence.” Mayr’s team noted that other news outlets featured the same footage but were not punished.

The Wombat has Rule 5 Sunday: Mrs. Verlander Goes To New York ready on time and under budget at The Other McCain.
Posted by Fritz at 3:55 PM