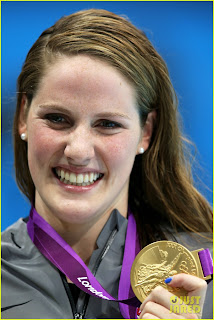 Because conservatives are scrooges, the good folks at Americans for Tax Reform have gone through the fine print to find out what our Olympians will have to cough up to the IRS should they be lucky enough to win any medals in London.

Even by the standards of our government, the numbers are insane.

For instance: Americans who win bronze will pay a $2 tax on the medal itself. But the bronze comes with a modest prize—$10,000 as an honorarium for devoting your entire life to being the third best athlete on the planet in your chosen discipline. And the IRS will take $3,500 of that, thank you very much.

Silver medalists will owe $5,385. You win a gold? Timothy Geithner will be standing there with his hand out for $8,986.

So as of this writing, swimmer Missy Franklin—who's a high school student—is already on the hook for almost $14,000. By the time she's done in the pool, her tab could be much higher. (That is, unless she has to decline the prize money to placate the NCAA—the only organization in America whose nuttiness rivals the IRS.)

ATR notes that the real twist of the knife is that most other Olympians won't pay any taxes on their medals because America is one of only a handful of countries which taxes "worldwide" prize income earned overseas.

I hope Obama is rooting for the US teams.

I wonder if training costs can be deducted?  Not that it would help Michael Phelps.