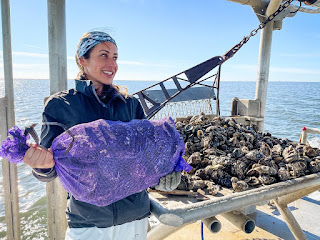 
It’s hard to come together over oysters in Maryland. Two years ago, seeking to get past seemingly endless conflicts between environmentalists and watermen, Maryland lawmakers ordered fisheries managers to try a more consensus-based approach to managing the state’s oyster population.

In a bill passed over Gov. Larry Hogan’s veto, the General Assembly directed the state Department of Natural Resources to work with scientists and help the DNR’s oyster advisory commission come up with ideas for rebuilding the oyster population while maintaining a sustainable harvest. Any recommendation would have to be supported by 75% of the panel’s members.

After meeting more than two dozen times, the DNR panel reported Dec. 1 that it had agreed on 19 recommendations — only one of which called for doing anything different about oyster management. That one urged the state to invest $2 million a year over the next 25 years to restore oysters in Eastern Bay, once a source of bountiful harvests, but which hasn’t been productive for the last two decades. The other recommendations called mostly for more shell or substrate to restore or replenish reefs, plus more research, data collection and evaluation of existing management practices.

“I think everybody was hoping for a little more consensus,” said Anne Arundel County Sen. Sarah Elfreth, a chief sponsor of the oyster management law and a member of the DNR advisory panel.

Hogan, in vetoing the bill, had argued that it would interfere with the oyster management plan the DNR had updated in 2019 and foil progress made in bridging disagreements. But the approach lawmakers spelled out in the 2020 law followed the format of more limited negotiations that had forged an agreement between watermen and environmentalists over oyster management in the Choptank and Little Choptank rivers on the Eastern Shore. 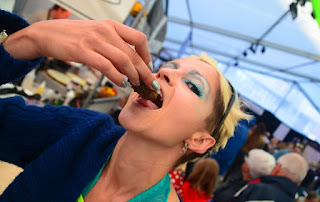 I know! Blame WuFlu! Everything is WuFlus fault.

But the DNR commission’s oyster policy review was handicapped, participants agreed, by having to hold most of its meetings virtually. Some members, particularly watermen in rural areas of the Eastern Shore and Southern Maryland, had difficulty getting online or being able to participate.

“I was really disappointed in the process,” said Ann Swanson, executive director of the Chesapeake Bay Commission and member of the advisory panel. “We never got to the point where we could ever truly give and take — give on some harvest advancements in exchange for some ecological gain.”

The lack of in-person meetings prevented commission members from getting to know each other and understanding other points of view.

“We never ate together. We never chatted together,” Swanson said. “We’d come into a supercharged three-hour meeting, and so the conversations that you have that instill trust didn’t happen.”

But it's OK for school kids, am I right?

Robert Wieland of Bozman Montana wants to know Is a moratorium on oyster harvests possible?. Well, if we can't agree on the easy stuff, we're sure not going to agree on shutting it down, although I agree it probably should be.

The Wombat is back in the saddle with Rule 5 Sunday: Yvette Mimieux, RIP.