They get the best looking chicks, or second wives, or whatever: 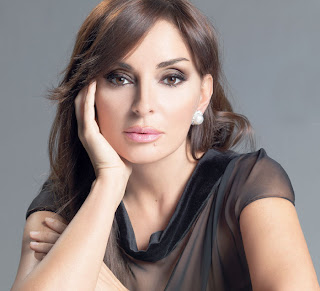 Dictator of The Republic of Azerbaijan – Ilham Aliyev
Mehriban Aliyeva is a Syrian Sunni Muslim born in London. Azerbaijan uses state-authorized police abuse to torture. The country is ranked “not free.” WikiLeaks revealed senior diplomats chatting about her cosmetic surgery, and more. From the Guardian, the cable describes how Mehriban and her daughters greeted Lynne Cheney with “exquisite bitchiness.” 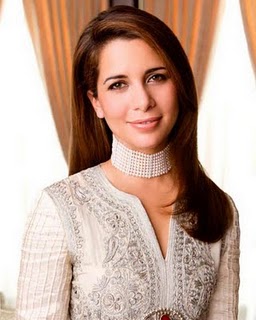 Sheikh Mohammed bin Rashid Al Makotum-Dictator of Dubai
Haya is the “Best known of the “Junior Wives.” She is the daughter of the deceased King Hussein of Jordan, and is the half-sister of the Jordan’s King Abdullah II...The Sheikh and his cousin have 12 children, but he has a total of 21 “official” children.

Dubai is considered one of the most liberal countries in the Middle East, but freedom of speech and freedom of press are very limited. There is no free speech about the government and ruling families, who also appoint and license the press. Dubai’s illegal sex industry thrives, including abuse and sexual exploitation of children, although the industry is officially banned. 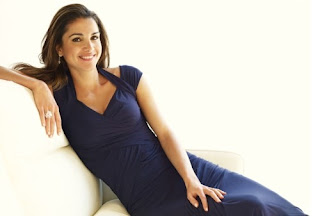 King Abdullah II -Dictator – The Hashemite Kingdom of Jordan
Rania al Yassim was born in Kuwait to Palestinian parents (in essence, a commoner). She graduated the American University in Cairo. Before her marriage she was banker for Citibank, and for a short time worked for Apple Computers in Amman. On paper, Jordan scores fairly high on democratic ideas, as compared with most of the Middle East, but women’s rights are poor, freedom of press is lacking, torture is legal in Jordan. 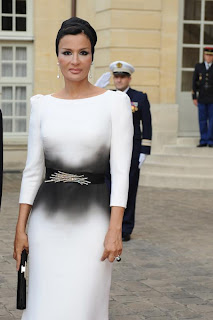 Dictator of Qatar – Sheikh Hamad bin Khalifah al Thani
Mozah is considered a power-house in Qatar politics. She has been named No. 74 on Forbes’ 100 Most Powerful Women list. She is on the board of Overseers for Weill Cornell Medical College. Mozah is Sheikh’s second wife of three. His first wife is his second cousin. They have 8 children. Mozah. Hamed and Mozah have 7 children. In all the ruler has 21 children acknowledged. 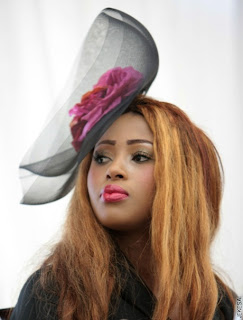 Dictator of Swaziland – King Mswati
Nothundo is Mswati’s 12th wife of 14. Human Rights in Swaziland are few. police torture and beatings are common. Women and children have no rights. Freedom of speech and press are greatly restrictd.

Nothundo is recently in the news for sleeping with his minister of justice. Minister Mamba is currently in custody. Nothando was 16 years old when the King married her and made her one of his queens. At the time of the marriage, the King had a 17 year old daughter. Swaziland is Africa’s last absolute monarch. When Mswati’s father died, he had 70 wives. Mswati III instituted a “time honored chastity rite,” encouraging all Swazi “maidens” to abstain from sex for five years. The “encouragement” was actually a ban, which he broke two months later when he married his 13th wife when she was 17 years old. He has 23 children. 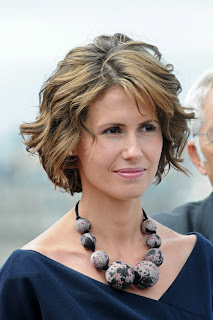 Dictator of Syria – Bashar al-Assad
Asma Assad is a Syrian Sunni Muslim born and raised in London. Bashir al-Assad and his government represent the Ba’ath Party (Saddam Hussein was a member of Ba’ath). He is harshly criticized for the lack of human rights, his sponsorship of terrorism and corruption. 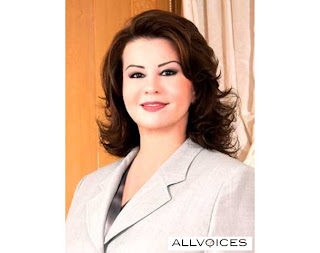 Leila and her husband fled Tunesia on January 14, and his entire government resigned, and some also fled. Leila was active in women’s right’s issues in the Middle East and was president of the Arab women Organization. She reportedly took 1.5 “tonnes” of gold from the central bank when she and her family fled to Jeddah, Saudi Arabia, where she will find no human rights. An Interpol arrest warrant has been issued. Six additional family members left the country with the the couple, and Interpole is looking for them as well. The uprising in Tunisia drew attention to the lack of civil rights, including Ben Ali thumbing his nose at Human Rights organization, and instituting an amendment that called for a 5-year (at least) prison term for anyone deemed to “harm Tunisia’s vital interests.” 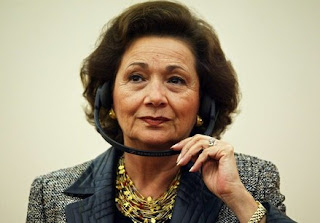 Mubarak is the biggest loser in all this.  His only wife is an old crone...

Suzanne Mubarak’s father was Egyptian. Her mother is/was British of Welsh descent. She studied at American University in Cairo, and later received a masters in in Sociology. She was the Honoray president of Rotary Clubs of Egypt, and received the coveted Paul Harris fellowship several times. In the news this week is the ouster of her husband as president of Egypt, charged with the people of oppression and abuse. It has been reported that she left Egypt for London when the protests escalation, but also reported to be in exile with her husband in the Sinai.


Update: This list would not be canonical without mention of Colonel Gaddaffi's (Temporary dictator of Libya) cute Ukrainian nurse Galyna Kolotnyska:

UPDATE: If this post was interesting, you might check out this one.
Posted by Fritz at 4:23 PM