China has been secretly developing Trojan Horse-style missiles hidden in shipping containers that can be unleashed on enemy ports, experts warn.

Military analysts believe the country’s huge fleet of freighters and fishing vessels could be turned into warships with the use of the secretive container missiles.

The Sun reported, Disguised as a regular shipping containers, they can be sneaked on board a vessel to blend in seamlessly with the hundreds of others on board.

The sheer number of container ships in the world makes them harder to pinpoint than warships in the event of war.

Like the fabled Trojan Horse, the missiles would be quietly smuggled into or near an enemy port on a civilian vessel before being unleashed in a surprise attack.

Rick Fisher, senior fellow in Asian military affairs at the International Assessment and Strategy Center, told The Sun Online while Chinese have not officially confirmed they have the missiles – it is likely they have them.

And the it was warned in a study by Stockton Center for International Law that the weapons could violate naval laws.

It comes amid a new wave of tensions between the US and China as the Communist giant challenges Washington‘s status as the world’s top superpower.

China is known to be aggressively developing its military and is squaring up to the US – expanding its reach around the world, such as in Africa.

A mock-up of the missiles first appeared at an arms fair in 2016 and since then there has been speculation since they may now be in service with China’s armed forces.

Mr Fisher believes the weapon fits with the Beijing‘s military strategy and likely would be used as an offensive capability against their enemies – potentially being smuggled into foreign ports anywhere in the world.

I see container ships travelling up and down the Bay routinely. The thought that they could be carrying Chinese missiles is truly terrible. I assume the intelligence community is looking in on this, when they're not going after Donald Trump. A container ship headed up to Baltimore from a few days ago: 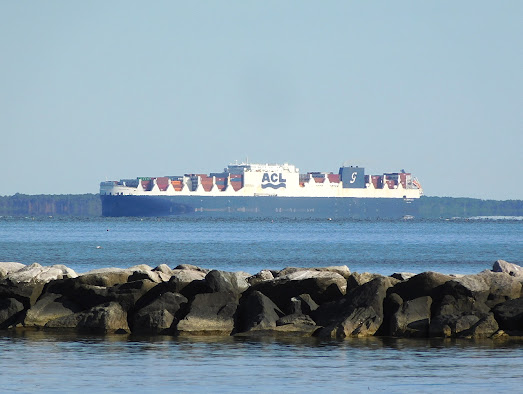