The Good News and Bad News on Blue Crabs

The result of the annual winter dredge survey of Blue Crabs carried out in Virginia are in and it's one of those good news/bad news stories. The good news is that the crab population appears to be slightly better than last year. The bad news is that it's still not very good:


For the second straight year, a harsh winter killed more than a quarter of adult blue crabs in the Chesapeake Bay.


But a baywide survey of the crab population released Monday said there was encouraging news in spite of the blow. The overall population of the beleaguered crustacean climbed modestly from a catastrophic low last year.

The yearly winter dredge survey conducted by Virginia and Maryland marine scientists estimates that 411 million crabs are in the main stem of the bay and its tributaries, a 38 percent increase from last year’s critically low population. 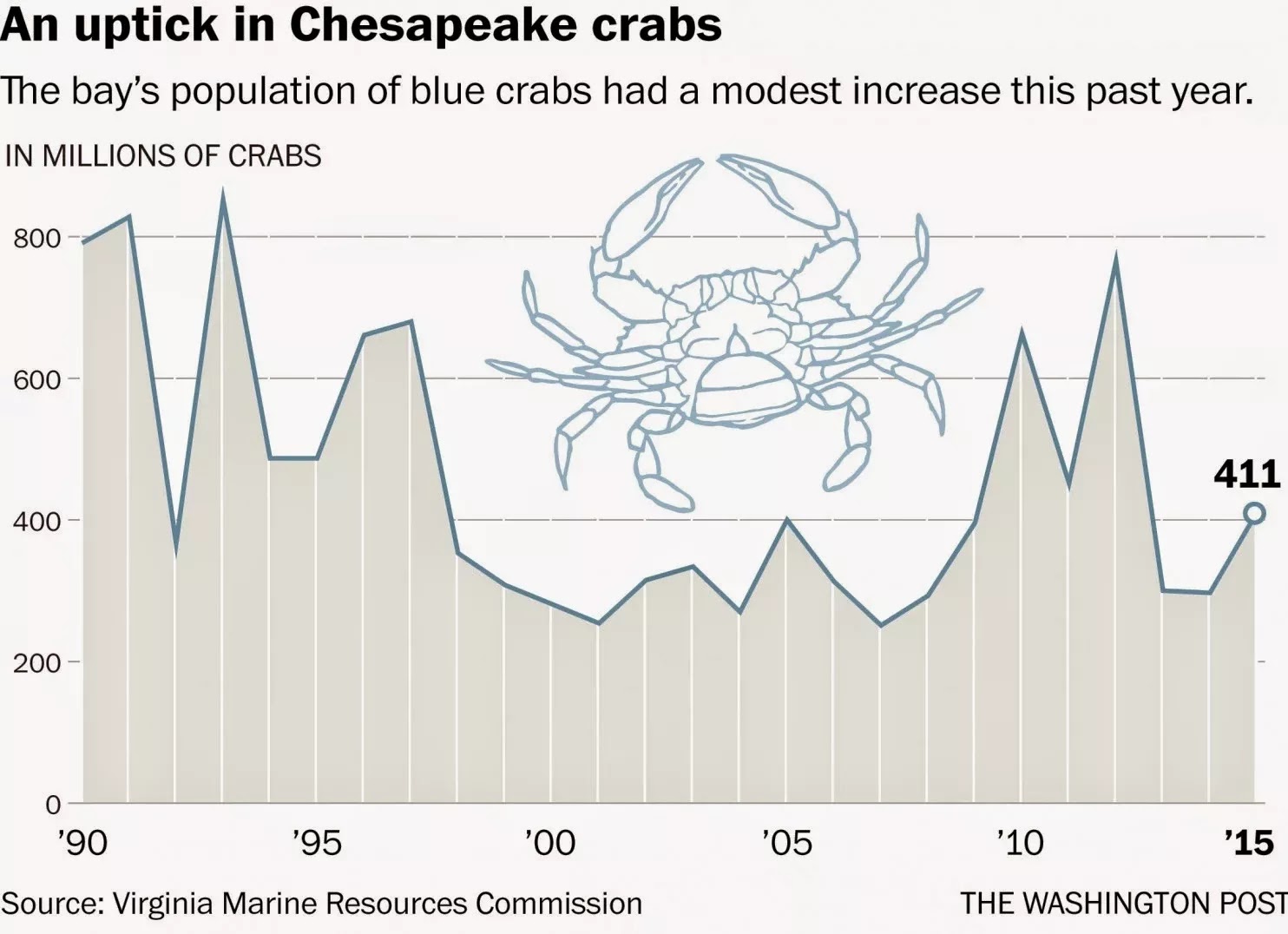 Officials at Virginia’s Marine Resources Commission greeted the news as a positive sign but said it’s probably not enough to lift strict limits on the numbers of blue crabs that can be commercially fished.

“This is a step in the right direction, but we are not out of the woods,” said Virginia Marine Resources Commissioner John M.R. Bull. Calling the gains modest, Bull said the state will continue to cautiously manage its crab stock. “More work needs to be done to boost us above modest abundance levels.”

How about not catching as many? Fear not all you crab eaters in Maryland and Virginia, the south, South America and Viet Nam are willing to send you theirs.
Posted by Fritz at 8:55 AM