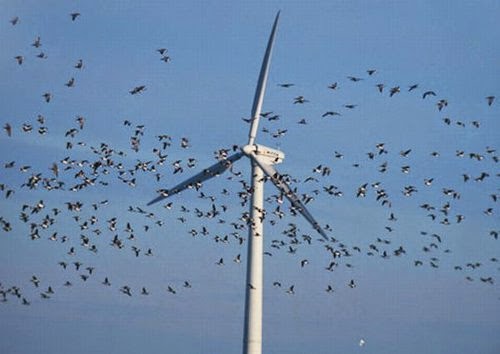 
Talks to erect wind turbines across Somerset County's southwestern landscape have diminished to a zero velocity. Great Bay Wind says that instead, it is switching to a solar project that also could land jobs and tax revenue for the county. 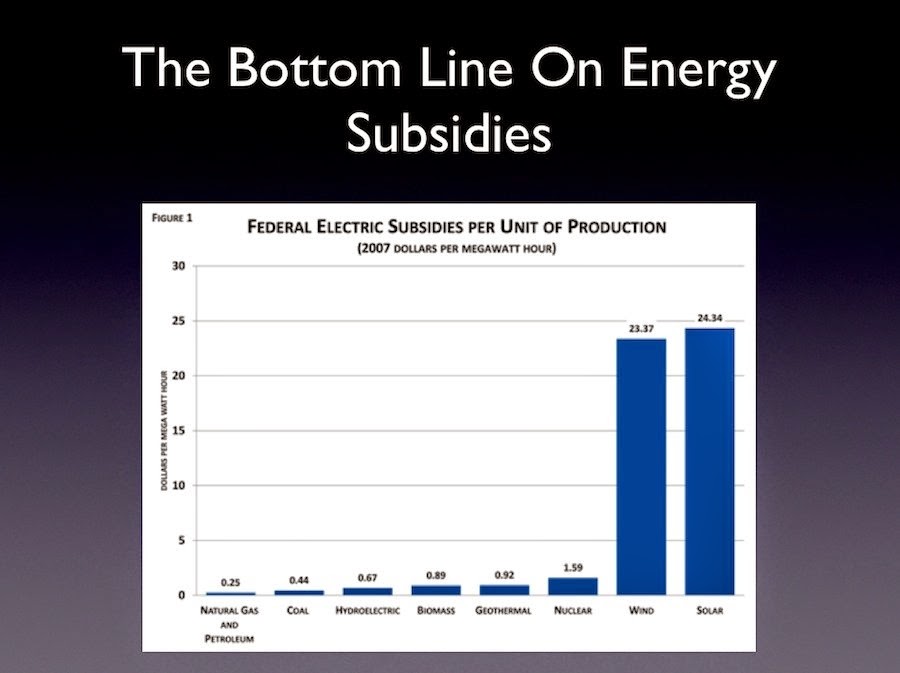 "After careful review and discussion with stakeholders, it is apparent that we are no longer able to proceed with our investment in any way in the near term," Adam Cohen, a Pioneer Green Energy vice president, said in a March 20 letter to Somerset County Commissioners.

Specifically, Cohen pointed to language of a federal defense bill introduced in August 2014 by U.S. Sen. Barbara Mikulski, D-Md., that it said "placed the entire Great Bay Wind investment and business into a state of uncertainty."

At least with solar power, you can collect your federal subsidies without worrying about birds getting caught in the blades, and the radar reflections hurting the national defense.

Wind turbines can pose a threat to area birds 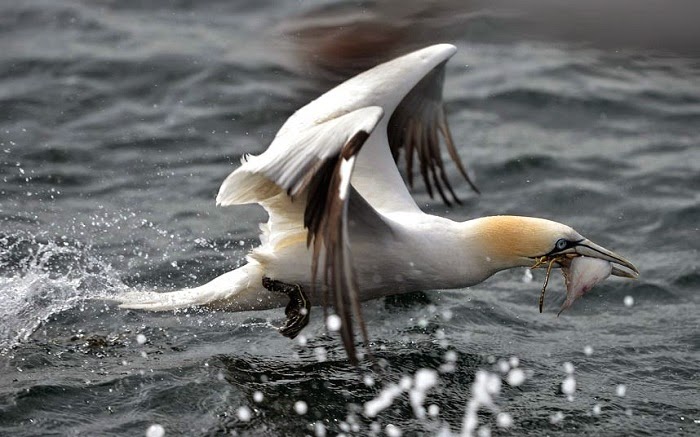 . . . wind energy has another drawback that has not received enough attention. The blades and the 400-foot tall towers that support them kill birds in large numbers. While most birds avoid most wind turbines, there is the potential for tremendous future impacts on struggling bird populations. Because birds use wind for a free ride during migration, they tend to congregate in the exact places slated for wind energy development — mountain ridges and coasts.

No one really knows how many birds are killed, and the few studies that have been done indicate that the answer varies widely depending on location and timing. There is currently no proven deterrent for alerting birds or bats to the fact that a killer blade is whirring ahead of them.
Those concerned with sustainability must support wind energy, despite its threat to the viewshed. But a slow approach that includes funding for research into deterrents, and a business model that includes slowing energy generation during migration, can prevent this from being the straw that broke the back of already imperiled bird populations.

Imagine being a Northern Gannet migrating down the East Coast 100 years from now. What is the chance that just once in your long life you'd look away at the wrong moment and be shredded by one of the hundreds of thousands of turbines that are being dreamed up for the coastline?