Hot Summer Day at the Beach 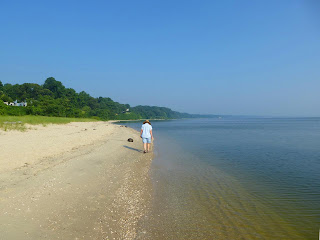 The news weather people are subtly suggesting that today might be the hottest day of year.  Whatever.  It is hot, though.  It never made it below 80 last night, and the humiture is just juicy.  We tried to get out early to beat the heat, but it was a warm sweaty walk nevertheless. 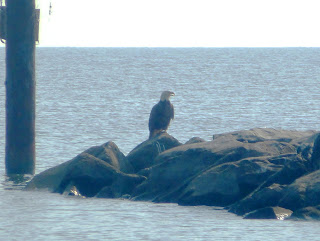 It appears we may have a new avian inhabitant up near the harbor.  For the past couple of weeks, there has been an eagle seen close by (they're usually seen more often north, by Matoaka Cottages, or south, by the nuke plant.  This morning it was out on the end of the jetty; looking hot...  The light wasn't favorable; forgive the picture.

We scored about 20 fossils, not many of them exciting, but Georgia found this Snaggletooth that proved to be the best of the day. 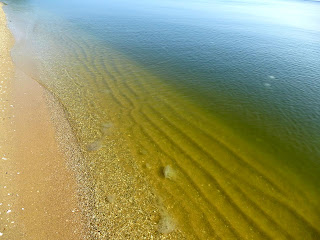 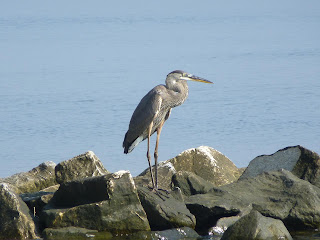 This Great Blue Heron let us get pretty close... 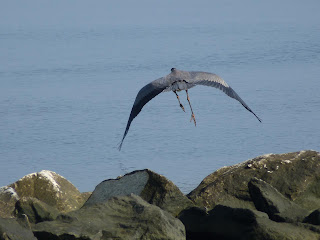 ...before squawking something about how hot it was and how inconsiderate we were and flying off. 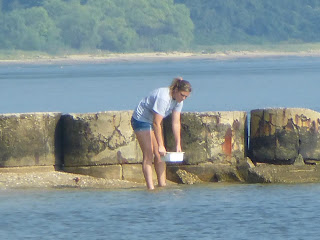 Someone who braved the weather to hunt for fossils. 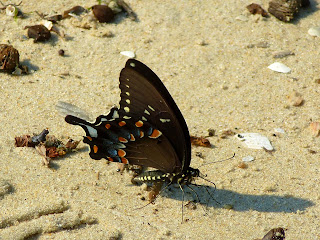 The butterflies continue to puddle at the beach.  Most of them are Eastern Tiger Swallowtails, and since most butterflies that puddle are male, they're almost all yellow.  So if you see a black one, there's a good chance it's something else, mostly likely a Spicebush Swallowtail like this one, or a Black Swallowtail, or even a Red Spotted Purple. 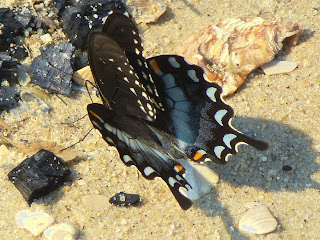 Kind of an unusual action shot of the wings... 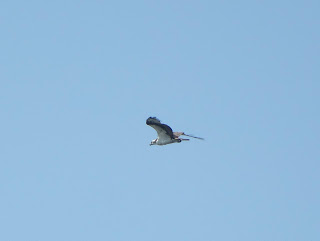 And, as usual, the Ospreys were out trying to get a meal without interference from the eagles.
Posted by Fritz at 12:13 PM